A homage to my now 11-month old Maine Coon, Jack, who continues to amaze me every day.

Quiz Answer Key and Fun Facts
1. Maine Coon cats are the product of crossing a raccoon with a housecat.

Contrary to popular opinion, it's genetically impossible to cross a raccoon with a cat. The Maine Coon's origins are actually still disputed among some of the nations top veterinary specialists and historians.
2. According to the Maine Coon Breeder's and Fanciers Association, what color is an acceptable show color for a Maine Coon?

Red mackerel is the only acceptable color of the four. The others will disqualify you from showing your cat.
3. Maine Coon cats are a "silent" breed.

While they can be quieter than a lot of other cats, namely the Siamese, Maine Coon cats typically communicate with soft chirps and trills. My Jack is always vocalizing about something.
4. According to the Maine Coon Breeder's and Fanciers Association, the absence of what physical feature would penalize you in the show ring?


Answer: to keep the face warm in harsh weather

Even though a tail is always used to help with balance in cats,this tail is for warmth in the harsh winter weather! It actually worked to cover up their nose and face when the curled up to rest in the snow..
6. Although generally known as a hardy breed, which illness is one of the only genetic health concerns currently associated with the Maine Coon cat?

Cardiomyopathy, a disease of the heart muscle than can eventually result in heart failure, is often undiagnosed in the breed until it is too late. Luckily, though, it is still a fairly rare problem. A thorough veterinarian's exam is always best.
7. The Maine Coon is by standard a slender, small-sized cat.

While some Maine Coon cats will run smaller than others, the standard calls for a medium to large broad-chested cat with a muscular build.
8. Which of these items is it most important to have before acquiring a Maine Coon cat?

The grooming tools are the most important of the examples given. A Maine Coon cat has a full lifetime of grooming ahead of him, and should be exposed to this early on in order to make the process less stressful and difficult as an adult. The toy mice are a great toy, as Maine Coon cats are terrific mousers, as is the scratching post. Cat treats are important as well, but not a neccessity in bringing your new kitten home.
9. The Maine Coon cat, like almost all cats, will groom himself so you don't have to set aside time to groom him.

With all that fur, if you don't brush your cat the likelihood that he'll develop hairballs is great. It is also helpful in preventing matting of the fur if you brush your Maine Coon at least once a week if he is an indoor-only cat.
10. Even with his large size, the Maine Coon cat can live with other pets in the household, such as dogs.

As long as the interactions between your Maine Coon cat are pleasant and start very early in life, there's no reason they can't live harmoniously with a dog--and even with fish! I have two tanks in my house and as long as the lid stays on, Jack stays out.
Source: Author JayceePup 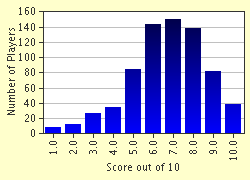 
Other Destinations
Explore Other Quizzes by JayceePup