We Are . . . Charming Cats, Actually Quiz

Disney's 'Lady and the Tramp' gave Siamese a very bad press, but they are lovely really. I am aware of differences between the UK and the US standards, but, unless otherwise noted, this is about the UK.

Quiz Answer Key and Fun Facts
1. Siamese cats were first seen in England in 1871. Where?

Before this, the first ever cat show, they were occasionally seen in zoos! Facts in this quiz come from my own knowledge of Siamese (I have been the personal servant of three..) and the book 'Siamese Cats' by Mary Dunnill. Neither the Millennium Dome nor the NEC were built in 1871 and Siamese Cats would not be very safe at Crufts, which is a dog show!
2. Some friends of mine in childhood owned a Siamese called Sheba - they also introduced me to some wonderfully funny books about Siamese with titles like 'Cats in the Belfry', 'Double Trouble', 'Cats in May' and 'The Coming of Saska'. Which British writer was the author of these books?

These books are brilliant and catch the lunacy and wonderfulness of 'owning' a Siamese perfectly. Derek Tangye was a British author who also wrote books with cats in, B. Kliban did fabulous cat cartoons and Lilian Jackson Braun is the American author of 'The Cat Who...' books.
3. In 1879, probably the first Siamese cat in America arrived as a present for President Rutherford B. Hayes' wife from the American Consul in Bangkok. What did they call the cat?

Not very imaginative! Sadly, poor Siam fell ill and died less than a year later, despite the White House physician himself looking after her. Pennyrallt Picasso was a British Grand Champion who was the Grandfather of my first Siamese, Cymbeline Marcello ('Cello at home, or even 'Cello-Wello if I was feeling soppy). Marcello was a very nervous kitten, and vanished on his first day.

After tearing the house apart, I found that he had crawled up the back of some desk drawers and ensconced himself in the top drawer! I lined the drawer with carpet and gave him his blanket and for the first few weeks of his life, when friends came round to see the new kitten, I said 'Ah yes, I've got him filed under K for Kitten' and opened the drawer!
4. Siamese have 'points' - that is, the head, ears, paws and tails are a different colour from the rest of the body. What is not a valid Siamese colour under British Governing Council of the Cat Fancy (GCCF) rules?

There are many colours recognised by the GCCF, but Pinkpoint is not one of them! Hyamani Erygius (Paddypaws at home!), my second Siamese, was a Lilacpoint (Frostpoint in the US). He was the runt of the litter, but a really lovely gentle cat. Gr Ch Pennyrallt Picasso was also in his pedigree. My third Siamese, who I didn't get a pedigree with, was a Chocolatepoint and called Buttons (Chocolate Buttons are a popular sweet in the UK).
5. Siamese standards now call for a long tapering tail, free of any 'kink'. The characteristic kink was actually a congenital deformity. I think it's a shame it's been bred out, as there is a charming legend attached to it. What was this legend?


Answer: The Siamese princesses and court ladies used to go down to the water to bathe. They would remove their rings and put them on the cat's tail, then bend it over to stop the rings falling off

I love this legend and I also disapprove of humanity's attempts to make animals conform to a 'standard'. My first cat, Marcello, had a lovely little kink, but when I bought my last cat, Buttons, it had been bred out. I made up all the wrong answers, and the idea you could make a Siamese obedient by doing anything to it is a real joke. Researching this quiz, I also found the legends that a Buddhist monk tied a knot in the cat's tail to remember things or they wrapped their tails too hard round a goblet they were guarding. Bring back the kink!
6. Is it a good idea to have your Siamese pet cat neutered?

Unless you're planning on breeding from your cats and have a properly constructed run and a lot of time, energy and money, then yes, you should definitely have them neutered. Female cats are extremely vocal in season, and you would have the police around asking who is being murdered in your house.

They are also superb escapologists and my local paper this week has black and white 'Siamese' kittens on offer after their lady had been indiscreet! It is impossible to keep an entire male cat in your house if you have any sense of smell, as they spray their territory regularly.

He will also roam in search of females and get into fights. This is not 'altering' the cat for your convenience, it is for their comfort. The myth that a neutered cat will get fat is just that, a myth. My three neutered boys all kept their lovely slim figures.

There are more than enough unwanted kittens in the world - please don't add to them.
7. Siamese cats aren't very happy as lap cats. Energetic, curious and intelligent, what will they do?

Siamese cats are supposed to be trainable to walk on a lead (or leash), and I have seen them doing so. Unfortunately, none of my three would. I tried hard, but it always turned into a drag rather than a walk or me holding a catfit on a lead! Retrieving was a different matter. My cats were all very fond of pork chops (well-cooked pork is safe for cats) and they loved for me to throw the bones and they brought them back, sat and stayed until I threw it again.

They also loved small rolls of sellotape, making me wonder if they were glue sniffers!
8. Another thing that has been bred out of the Siamese cat recently is the squint. There is also a legend about the squint, and that is that the Siamese guarded the Buddhist treasures and stared at them so hard that their eyes crossed. So what colour are these eyes?

The beautiful blue eyes are the most striking thing about Siamese. They are now not supposed to be crossed, but if you have a Siamese, you may well see their eyes start to squint when they are tired. Siamese also put their ears flat when they are not happy. My friends used to call this a 'flat cap' look, and they really do look as if they're wearing a flat cap. You should never laugh at them, though - they don't like it.
9. Siamese points are also seen in other animals. What sort of Siamese animals would you not see?

There are several types of Siamese fancy rats and mice and there also Siamese rabbits, but no Siamese horses. The cats grow into their points. The kittens are born white, and the colour gradually appears. Older kittens look like pansies, with the colour a mere splodge on the front of their face. I can't look at pictures of a Siamese kitten without wanting to 'own' one again!
10. I hope this quiz has disabused you of any notion that the two evil Siamese in 'Lady and the Tramp' (Si and Am) are typical Siamese. Of course, the true part of that film was that Siamese love milk so much that they would steal a baby's milk. That was true, wasn't it?

Siamese are nothing if not individuals! Not all cats like milk - none of my Siamese (or even my moggy, Mackenzie) would drink it. In addition, many cats of all breeds are lactose intolerant and may get a stomach upset from milk. You can get proprietary cat milk, but none of my three liked it much, being happy with water.

They all liked ice cream though! Marcello loved spaghetti bolognaise (until you've seen a Siamese sucking strands of spaghetti, you haven't lived!) and cheese, even going as far as opening a cupboard to steal my father's Brie.

They also all liked Marmite (a savoury yeast spread) and my method of giving them tablets was to crush them in a spoonful of Marmite and then 'butter' the cat (great fun!) and leave them to lick it off. You had to make sure that the other cat didn't 'help' though. I hope you have enjoyed this quiz, which is dedicated to Marcello, Paddy and Buttons - gone but not forgotten.
Source: Author Quiz_Beagle 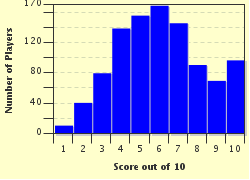