Like a Red Rag to a Bull Trivia Quiz

Here are ten questions about a variety of misconceptions, myths, and folk lore about the animal world. Some of these ideas you may have already heard of, and some may surprise you. Some are partially true while others are completely false.

Quiz Answer Key and Fun Facts
1. Why is a red cape used by a matador when engaged in bull-fighting?


Answer: It is thought that it enrages the bull.

Folk lore passed down the idea that the color red enrages the bull. This is completely false, as all cattle are colorblind. It is the movement of the matador's cape, also known as a muleta, that infuriates the bull. The bull will charge the matador's cape regardless of its color, and at the beginning of bull fights other colors are used, frequently blue or gold.

The muleta is not used until the last stage of the bullfight, when the bull is killed. It is thought that the red cape helps mask one of the more gruesome aspects of this sport(?): the spattering of the bull's blood as he is killed.
2. What substance is found in the hump of a camel?

A camel really can survive one week without water. This is not because they are carrying a large reserve of water in their humps. Nor is it full of milk, nor large muscles. Their humps are simply a large mound of fat which provides energy if food is not available.

A camel is able to go without water for longer periods than most mammals because of its oval red blood cells. They also have kidneys and intestines which are so efficient, that the urine of a camel comes out as thick as syrup, so that not a drop of water is wasted.
3. What does an old wives' tale say about your cows laying down in the pasture?


Answer: It is fixing to rain.

Unfortunately, seeing your cows lie down in the pasture does not mean it will rain. There are times it does happen, but this old wives' tale has not yet been proven. If your cows are laying down in the field, they are most likely chewing their cud as opposed to predicting raindrops.
4. Which of the following options is a common unprovable belief about elephants?

It is a common expression in many parts of the world that an elephant never forgets. It is thought that this idea may have come about because the elephant has the largest brain of any land animal, and this provides them with the best memory. While it is impossible to prove just what an elephant forgets, it is known that an elephant can retain a mental map of their home range which can encompass over 100 square miles. Elephants have been seen to recognize each other after years of separation. Do elephants ever forget? Who knows?
5. Another old superstition deals with which of the following animals and states that this creature cries real tears when it kills and eats it prey?

In modern English, the term crocodile tears implies expressions of false emotions. The term is thought to have originated from the observation that crocodiles appear to cry while hunting and killing their prey. There are tears that come out of their eyes but this is because of an unusual feature in the anatomy of crocodiles. Even with the large teeth displayed by this reptile, they are unable to chew, which forces them to rip their food into chunks which are swallowed whole.

The tear glands of the crocodile are right near their throats, so their eating habits force tears into their eyes.

It is not a sign of sadness or remorse, but simply a biological reaction.
6. You should never throw rice at a wedding because birds will eat it and it will cause them to explode.

According to ornithologists, there is no truth to this myth at all. Wild rice is commonly consumed by birds in the wild. They are considered to be pests in areas where rice is grown. Also, before any of the rice consumed could expand and cause harm, it would have already been ground up in the bird's crop and already be on its way to being digested and broken down into basic nutrients and waste matter.
7. Which of the following animals is thought to engage in sexual activity and open affection almost every day with members of their own sex as well as the opposite sex?

Sexual activity plays an important role in the daily life of the bonobo, a type of ape very similar to the chimpanzee. This activity occurs between family members, as well as members outside the immediate family. They are the only animal other than humans who engage in tongue-kissing.

This is not for procreation, but rather as a means of conflict resolution and enforcing group bonding. The only activity that seems taboo is the mating of father to female offspring. This activity is also observed to occur regularly between members of the same sex.
8. Why are ostriches often seen with their heads in or near the ground?


Answer: They are tending their nests.

It is a popular belief that ostrich hide their heads in the sand when they are afraid. This is completely untrue. If you think about it, if an ostrich buried its head in the sand, it would be unable to breathe. The idea is believed to have originated from the practice of laying its eggs in a nest in the ground.

They are attentive parents and are often seen turning the eggs. As predators are almost always around, humans many have thought that the bird was burying its head in the sand from fear. This is just a complete misinterpretation of the actions of an animal.
9. Which of these statements about calico cats is true?


Answer: Most calico cats are female.

The vast majority of calico colored cats are female, because coat color is inherited from the mother on the X gene. It is possible for a male cat to have calico coloring, but those who do are usually sterile and incapable of reproduction. Calico is best described as a tri-colored coat, as opposed to a breed of its own.
10. You can tell the age of a rattlesnake by counting the rattles on its tail.

Despite the common myth that you can tell the age of a rattlesnake by the number of rattles it has, this idea is completely false. Each time a rattlesnake sheds its skin it gets a new rattle. But they do not shed only once a year, they can shed their skin up to four times a year. Also, the ends of their rattles are often bitten off by other animals attempting to eat the snake, or snapping at it to protect itself or its young. So, if you find a rattle snake with eight rattles, all it tells you is that the snake has shed its skin at least eight times.

But for the most part, it is never wise to get close enough to this animal to count the number of rattles it has.
Source: Author dcpddc478 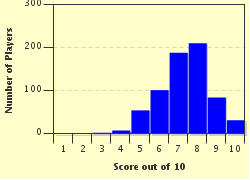