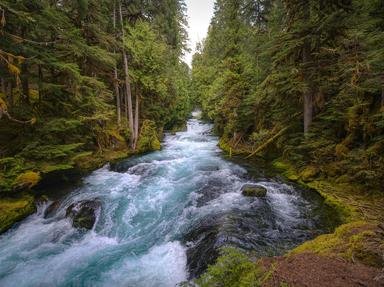 It's summer, or what passes for it in the UK, and it got me thinking about the songs which mention holiday resorts. Here are ten questions about places where you might find beautiful turquoise waters. Note - UK bias.

Quiz Answer Key and Fun Facts
1. Which band sang about flying with Coconut Airways to 'Barbados' in their number one UK hit of 1975?

The song began with the pilot addressing the passengers, before any singing at all. The 'story' was about a London bus driver returning to his home island of Barbados. The song was the only major hit for the duo although they did continue to record for some time using different names.

The photo clue shows a fruit salad of mango, cherry and coconut served in a pineapple shell which looks typically tropical to me.
2. Astrud Gilberto and Stan Getz sang about 'The Girl from Ipanema' in 1964. In which country was she ignoring the singer?

Ipanema is located on the coast of Brazil and is an area of Rio de Janeiro. The song has been recorded on numerous occasions, and the version from Astrud and Stan was a world wide hit. The English lyrics describe a beautiful girl walking to the beach, but taking absolutely no notice of anyone she passes - in particular, the lovelorn singer.

Your photo hint, should you have needed it, is a pile of Brazil nuts.
3. 10cc were in Jamaica in 1978 for which type of holiday?

Although the song was sung in a reggae style and was set on a Caribbean island, undoubtedly with plenty of sunshine, the correct answer is 'Dreadlock Holiday'. The song was written by band members Eric Stewart and Graham Gouldman, with Gouldman taking the lead vocal on the recording. It reached number one on the UK Singles Chart and was later recorded by Boney M in 1985.

The photo is of a dog who appears to be wearing dreadlocks, although the correct term for this style of coat is corded.
4. 'Holiday in Waikiki' may not be one of their best known songs, but it was recorded by a British band containing two brothers. Before you say 'You Really Got Me', take a look at the photo for another clue to which band?

The lyrics are about an English boy who won his holiday courtesy of a local newspaper only to discover that everything about Hawaii is false. The grass skirts are made of plastic and the hula dancer is a New Yorker. Rather better known songs from The Kinks include 'You Really Got Me', the hint in the question, which was their first big hit from 1964. The brothers were Ray and Dave Davies, and all the options listed contained brothers.

The song had more exposure than some as it was written for the film 'Buster', which starred Phil Collins. Collins was one of the song's writers along with Lamont Dozier, one of Motown's regular song writers. 'Loco in Acapulco' was the final UK Top Ten hit for the Four Tops, reaching number seven on the UK Singles Chart. Their heyday, at least as measured by chart success, was the 1960s when hits like 'Reach Out I'll be There' (1966) and 'If I Were a Carpenter' (1967) were among their big hits.

The photo is of a top hat, to guide you towards the correct answer.
6. A rather unusual combination of a celebrated operatic soprano and a flamboyant pop musician sang together to great effect in 1987, with a re-release in 1992. Which city did they sing about?

The duo were Montserrat Caballť and the incomparable Freddie Mercury, lead singer for the band Queen. The song reached number eight on the UK Singles Chart on its first release. It did even better when it was chosen as the theme tune for the 1992 Olympic Games which were held (if you haven't guessed) in Barcelona.

The photo shows some of the towers from Barcelona's famous church, La Sagrada Familia, designed by Antoni Gaudi.
7. We're heading back to Jamaica, specifically to 'Montego Bay' this time. Which singer took the song into the top ten charts of several countries in 1970?

'Montego Bay' told the story of the singer flying into Jamaica to lie on a sunbed and drink rum - a perfect holiday, if you like that sort of thing. The song was successful for Bobby Bloom, although it was his only major hit. It reached the top ten in the UK, USA, Canada and Australia. Robert Plant is from Led Zeppelin and Rose Royce had various hits including 'Car Wash' in 1976. Andy Flower is a cricketer from Zimbabwe - I know nothing about his singing abilities.

The single flower was chosen as a photo hint for Bloom.
8. Fiddler's Dram had a big UK hit in 1980 singing about the lovely time they had on a day trip to which Welsh resort?

'Day Trip to Bangor (Didn't We Have a Lovely Time)' reached number three on the UK Singles Chart and was the only hit for the folk orientated band. The song told the story about an outing to the seaside for a group of mill workers. Since the lovely day included the lyrics 'A beautiful day, we had lunch on the way and all for under a pound you know', I'm guessing it wasn't a trip made in the latter half of the twentieth century, when a pound would not have got you very far. I'm not sure how turquoise the waters off the north Wales coast are. Maybe when the sun is shining you could catch a hint of blue?

The photo hint shows some cooked sausages, also known as bangers in the UK...
9. Vengaboys were another group who sang about going on holiday. To which Spanish holiday island were they heading in their 1999 UK hit?

'Whoah, we're going to Ibiza; Whoa, back to the island; Whoa, we're gonna have a party; Whoa, in the Mediterranean Sea'.

Whoah, I hear you thinking. Haven't we had that question before? 'We're Going to Ibiza' was a rewrite of the 1975 hit 'Barbados', albeit with a different airline (Venga Airways) and destination. They still didn't want to be bus drivers, though. The song was equally successful, reaching the top of the UK Singles Chart despite the rather unusual pronunciation of Ibiza as 'Eye-bits-er'. Vengaboys, despite the name, consisted of two female and two male singers and also had hits with 'We Like to Party (Vengabus)' in 1998 and 'Uncle John from Jamaica' (2000) among others.

The photo is, rather boringly, an aerial view of Ibiza. Only two of the options I gave you are Spanish - Ibiza and Tenerife. Malta is an independent country and Corfu is a Greek island.
10. Scott Mackenzie wasn't the only singer to push the charms of San Francisco in 1967. Which band had a hit with 'Let's Go to San Francisco'?

The Flower Pot Men were a group of session musicians who were brought together to record the song. One of the singers was Tony Burrows, who sang with various groups to great effect. Among them were The Ivy League, Edison Lighthouse and White Plains, all of which had some chart success in the UK. 'Let's Go to San Francisco' sounded very much like a Beach Boys song, and was written deliberately to reflect the 'California Sound'. The band's name did cause some problems, particularly in the USA, with the possible reference to cannabis.

The photo hint in this question is meant to be taken literally. It shows two people created from flowerpots on an ivy covered wall.
Source: Author rossian 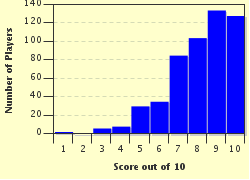 Go to Geography in Songs Quizzes