The Amazing World of Reptiles and Amphibians Quiz

Edward was disappointed to see that his brother had given him a book titled "The Amazing World of Reptiles and Amphibians" on his birthday. But, it was one of the best gifts ever. Let's explore the world of these creatures with Edward.

Quiz Answer Key and Fun Facts
1. Bored, Edward turned a few pages, but was soon intrigued by this common amphibian with a moist, slimy skin, webbed feet and large bulging eyes. He was amazed to know that when the babies of this animal type grow up, their gills change into lungs. What creature was it?

It was a frog. Frogs usually have a life cycle of 12-16 weeks. Their eggs usually hatch in water, but the gastric brooding mother frog swallows her eggs and the tadpoles come out of the mouth as tiny frogs after growing inside mother's tummy.

The frogs can camouflage or produce skin toxins to escape predators, but the tomato frog follows an unusual way. If threatened, they puff themselves up with air so that they appear too big to be swallowed.

It was a salamander. They are similar to lizards; they also possess four short limbs and a very long tail. They can regenerate some body parts. They do not have any scales, feathers or hair on their bodies. They feed on small water insects, fish, frogs or other salamanders. One unique feature of salamanders is the fact that they are completely voiceless animals.
3. "What!" exclaimed Edward when he saw this worm like amphibian which dwells underground. He was amused to know that its name has been derived from a Latin word meaning blind. Who might this unusual amphibian be?

The word "caecilian" has been derived from the Latin word "caecus" meaning blind. The smaller caecilians resemble worms, while the larger species that are about 1.5 metres in length resemble snakes. All caecilians have two tentacles on their heads which helps them to detect chemicals dissolved in the air.
4. "It looks just like a salamander" thought Edward. But then he saw the difference- these creatures lacked the ribs/costal grooves along their body and were much brightly coloured. What kind of creature was Edward looking at?

It was a newt. They are found in North America, Europe and North Asia. They are probably the most well-known examples of creatures that can regenerate eyes, limbs or even the spinal cord! They are unique among amphibians because of their three distinct phases of life cycle: aquatic larval stage, immature terrestrial eft stage and aquatic adult stage.
5. Edward always considered ___ to be harmless, but his opinion changed when he learned that Komodo dragons, Gila monsters, chameleons and Nile monitors were also ___. What goes in the blank?

Lizards usually have a dry, scaly skin, though a few like the skink have shiny scales. Lizards have slit-like openings in their head which connects to their inner eardrum. They live in marshes, grasslands and forests. Most poisonous lizards are among the largest in the world and they don't have many natural enemies/predators.
6. "Finally another familiar creature," thought Edward. He easily recognised this large (4-6 metres) carnivorous reptile which lives in water and has a tough skin made of bony plates joined together. What type of creature was it?

Crocodiles are some of the fiercest hunters in the world. They are sometimes called "living fossils" as their bodies have not changed much in millions of years. A mother crocodile usually lays her eggs on the land, and later carries the hatchlings in her mouth and releases them in water.

Another amazing fact about them is that in extreme conditions, crocodiles can go about two years without food.
7. Edward liked this familiar reptile a lot. It had a shell, walked very slowly and it could also pull in its legs and hide inside the shell. What kind of reptile was it?

It was a tortoise. One difference between a tortoise and turtle lies in the fact that a turtle cannot hide inside its shell and it is also much flatter than a tortoise's. Tortoises, along with turtles and terrapins are also called chelonians. They like to stay sufficiently warm and sit in the sun in cold places.

Though a tortoise walks very slowly, it can live up to 150 years. "Slow and steady wins the race", remember?
8. This slithery, poisonous reptile was a common one. Edward thought that it was interesting that this reptile had more bones in its back (vertebrae) than any other animal and it never stops growing. Which reptile was it?

A snake does not have any limbs. They kill their prey using poison or by wrapping themselves tightly around it. The world's most poisonous snakes belong to a family called elapids, which includes cobras, taipans, mambas and sea snakes (like Belcher's sea snake).

It might amuse you to know that although most snakes have only one working lung, the constrictors use both their lungs to breathe.
9. The reptile named tuatara intrigued Edward. He learnt that they are greenish-brown in colour, are about 80 cm in length and are found only in one country. Which country are the tuataras found in?

The name tuatara has been derived from the Maori language. It literally means "peaks on the back". They are found only in New Zealand. They are unique as they have two rows of teeth in the upper jaw which overlaps one row on the lower jaw. They also have a spiny crest along their back.
10. Before closing the book, Edward went over to the Chelonian section once again. While rereading about the turtles, he came across this fact he overlooked previously. He came to know that the lower shell encasing a turtle's belly is called plastron and the upper shell is known as ___. What goes in the blank?

The upper shell of a turtle is called a carapace. The carapace and plastron together make the shell. Like snakes, turtles too shed their skin, but in small pieces and not at once.

Turtles vary immensely in size and weight. It is funny that the size of a bog turtle is about 4 inches, while the leatherback turtle can weigh as much as 1500 pounds!
Source: Author remote9 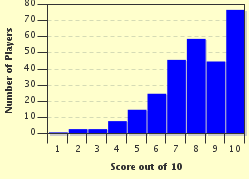 
Other Destinations
Explore Other Quizzes by remote9