Don McLean once sang "the day the music died" referring to that fateful day in 1959. However, there have been other young talented artists that have left us at an early age. Can you identify from the clue these young musical artists that never reached 40

Quiz Answer Key and Fun Facts
1. "Me and Bobby McGee"

Janis Joplin (1943-1970) was born in Port Arthur, Texas, USA and was a singer who was one of the biggest female stars of the 1960s. She started out as the lead singer for a San Francisco band and then went solo. She appeared at the Woodstock Festival in 1969 and she had five singles in the US Billboard Hot 100.

It was "Me and Bobby McGee" that reached number one in March 1971, making it the second posthumously number one single in US Chart history. On October 4, 1970 Janis was found dead (aged 27) in her hotel room in Hollywood with the official cause of death, being an overdose of heroin.
2. Doors

James Douglas "Jim" Morrison (1943-1971) was an American singer, songwriter and best known as the lead singer of the group, The Doors. The group was formed in 1965 in Los Angeles and took the name Doors from the title of the Aldous Huxley book "The Doors of Perception". Morrison led a rebellious lifestyle during the 1960s which represented that generation gap and youthful rebellion.

Not only was he an influential and popular songwriter he was your epitome of a rock-star with black leather pants, sexy looks, scandalous and mysterious.

The Doors had a number of Top 10 albums on the US Billboard 200 and their two singles "Light My Fire" and "Hello, I Love You" both reached number one on the US Billboard Hot 100 charts. Jim Morrison died in Paris in March 1971 aged 27 years, officially from heart failure.
3. Jamaican singer-songwriter and Reggae

Bob Marley (1945-1981) was also a musician and guitarist. He started out in 1963 with a group called the Wailers and after they disbanded in 1974 he set out on a solo career and relocated to England. It was in England that he released the album "Exodus" in 1977 which became an international success with sales of 75 million records.

This record stayed on the British album charts for 56 consecutive weeks. In 1977 he was diagnosed with skin cancer (melanoma) and he died on May 11, 1981. He is recognised as making reggae music popular throughout the world.
4. Duo with her brother

Karen Carpenter (1950-1983) was an American singer, drummer and is best remembered in the duo, The Carpenters, with her brother Richard. Her vocal performances had a contralto range. This is one of the lowest voice ranges for female singers and quite rare.

The Carpenters had three number one hits on the US Billboard Hot 100 being "(They Long to Be) Close to You", "Top of the World" and "Please, Mr. Postman". Karen suffered from anorexia nervose which ultimately caused heart failure and her death on February 4, 1983.

Kurt Cobain (1967-1994) was an American songwriter, guitarist and lead singer of the rock band Nirvana. Nirvana's music genre was Grunge. The success of the band lead to Kurt Cobain (as lead singer) being referred to as the leader or spokesperson for a generation being that of "Generation X". Kurt is believed to have died on April 5, 1994.

His body was found by an electrician who was to install a security system in his home on April 8, 1994. However, there has since been speculation as to his death being either suicide or murder.

Bobby Darin (1936-1973) was only 37 when he died during a heart operation on December 20, 1973. He had suffered from severe bouts of rheumatic fever during his childhood. Bobby had been a singer, songwriter, musician and actor during his career. His first hit record that reached number three in the USA was "Splish Splash" (1958) and this was followed by the hits, "Dream Lover", "Mack the Knife" and "Beyond the Sea".

As an actor he appeared in a number of TV sitcoms and movies. He was nominated for an Academy Award for Best Supporting Actor in the 1963 movie "Captain Newman, M.D." The movie also starred Gregory Peck, Tony Curtis, Angie Dickinson, Robert Duvall and Eddie Albert. Bobby Darin was also an accomplished and enthusiastic chess player.
7. English singer-songwriter

Amy Winehouse (1983-2011) died at the age of 27 due to alcohol poisoning. She was an English singer, songwriter and had a mixture of musical genres including soul, rhythm and blues plus jazz. In 2008 Amy became the first British female to win five Grammy Awards from her album "Back to Black" which included Best New Artist, Record of the Year and Song of the Year.
8. Electrical rock guitarist

Jimi Hendrix (1942-1970) was an American rock guitarist, singer and songwriter. At 19 he joined the U.S.Army and trained as a paratrooper, however, within a year he had received an honourable discharge. He moved to England in 1966 and had three Top 10 hits in the UK.

In October 1968 The Jimi Hendrix Experience released "Electric Ladyland" where it reached number one in the American Album Charts and stayed there for two weeks. Jimi is widely regarded as one of the most influential electric guitar players in the history of pop music.

Michael Hutchence (1960-1997) was an Australian musician, actor and lead singer and lyricist of the rock band INXS. Michael had a certain presence on stage with his good sexy looks, macho image and flowing locks. He had a string of love affairs which made news in the Australian and overseas media.

In January 1988, INXS reached number one on the US Billboard Hot 100 with "Need You Tonight". Michael was found dead in his hotel room on November 27, 1997 aged 37 and the cause of death was attributed to suicide while depressed and with the influence of alcohol and drugs.
10. Had three famous brothers

Andy Gibb (1958-1988) was the younger brother of the Bee Gees (Barry, Robin and Maurice Gibb). He was a British/Australian singer, songwriter and performer. Andy had six singles that reached the Top 10 on the US Billboard Hot 100 charts with three peaking at number one, ""I Just Want to Be Your Everything " (1977), "(Love Is) Thicker Than Water" (1978) and "Shadow Dancing " (1978) which stayed at the top for seven weeks.

He died on March 10, 1988 just five days after his 30th birthday at the John Radcliffe Hospital in Oxford, England of natural causes, after years of alcohol and drug abuse.
Source: Author zambesi 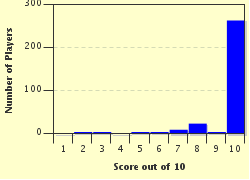