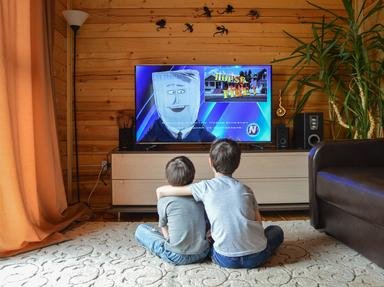 An "Avatar: The Last Airbender" quiz. This quiz is recommended for people who have seen all the episodes.

Quiz Answer Key and Fun Facts
1. In what season of "Avatar" did the gang meet Toph?

Toph was found in the episode "Blind Bandit" in Season Two. Toph is blind but she is very good at Earthbending. Toph then became Aang's Earthbending teacher.
2. In the episode "Jet" what was Jet going to destroy after he blew up the dam?

Jet and his team set blasting jelly near the dam to wipe out a Fire Nation village. Sokka got to the village earlier and convinced the people to move out. Katara never again trusted Jet from that point on.
3. In which Air Temple did Aang find Momo?

Momo was found when Aang, Katara, and Sokka went to the Southern Air Temple. Aang stopped Sokka from eating Momo and then Momo became a pet. Momo is a funny winged lemur that likes to play tricks on people.
4. What element does Sokka bend?

Unlike his sister Katara, Sokka does not bend an element. Instead he has his trusty Boomerang! He can throw and hit his enemies with pin-point accuracy! In season three, he makes himself a sword.
5. What did the gang have to do in order to survive the "Cave of Two Lovers"?

Aang, Katara, Sokka, and the people they meet outside the cave had to trust in love in order to survive. When the ceiling broke and split Sokka with his new friends and Aang with Katara and Appa, Sokka had to trust his somewhat crazy friends. You can guess that Katara and Aang had to kiss in order to get out of the cave.
6. In the first two seasons, when was the only time Aang could control when he went in or out of the Avatar State?

What else would you expect from a 10 ton bison? Appa has five stomachs to digest all his food. Momo does not think this is fair beacuse he gets only a little part of a watermelon that he and Appa share and Appa gets a bigger part.
8. In the four part episode "Sozin's Comet", what did Firelord Ozai rename himself?

Firelord Ozai was going to destroy the world and not be Firelord any more. So he sent Azula to be Firelord while he renamed himself The Phoenix King.
9. When did Aang get his tattoos?


Answer: When he mastered Airbending

When Aang got his tattoos, that was after he mastered Airbending at a young age because he was the Avatar. Only Avatars who are born into the Air Nomads get tattoos.
10. What does Toph like to call Aang?

When Aang first battled Toph, he would always hover on his toes to block Toph's attacks. She is blind so when Aang hovers she can't feel Aang on the ground. One day Toph was joking around and called Aang 'Twinkle Toes'.
Source: Author Chillphill 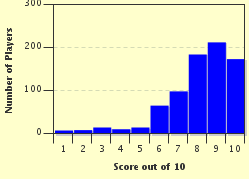 
Other Destinations
Explore Other Quizzes by Chillphill