How well do you know the "Half-Blood Prince?" Take this quiz to see how many details you caught in JK's book 6! WARNING: CONTAINS SPOILERS!

Quiz Answer Key and Fun Facts
1. On which street does Snape live?

"Spinner's End," also the title of Chapter Two, is where Bellatrix and Narcissa visit Snape.
2. What is the new name that The Daily Prophet has given Harry?


Answer: "The Chosen One"

Although Scrimgeour accuses Harry of being "Dumbledore's man," The Daily Prophet claims that many people are calling Harry "the Chosen One" who will get rid of Voldemort.
3. Which former student did Slughorn constantly rave about?

Slughorn repeatedly reminds Harry of his mother's talent in potion-making.
4. What is Arthur Weasley's new position at the Ministry of Magic?


Answer: Head of the Office for the Detection and Confiscation of Counterfeit Defensive Spells and Protective Objects

Arthur was finally promoted after the truth came out about Voldemort's return!
5. When Harry, Hermione, and the Weasleys visit Fred and George's shop, what color robes are the twins wearing?

Fred and George seem to enjoy spending their galleons on fancy new clothes. They wore black dragon-skin jackets to "the funeral".
6. What is the "constipation sensation that's gripping the nation"?

He needed to know how to repair the vanishing cabinet at Hogwarts, and to keep a second one safe.
8. Whose parents wanted to remove their children from Hogwarts?

The Patil twins almost didn't make it to Hogwarts for their sixth year, due to the danger Voldemort posed to the wizarding world.
9. What are the two passwords that allow Harry entrance to Dumbledore's office in his sixth year?

"Tapeworm" and "mimbulus mimbletonia" have been Gryffindor passwords, and "fizzing whizbees" was a former password for Dumbledore's office.
10. Who is the intended recipient of Romilda Vane's love potion?

Although it is Ron who accidentally falls in love with Romilda, Harry was supposed to eat her chocolate cauldrons.
Source: Author bookynerd 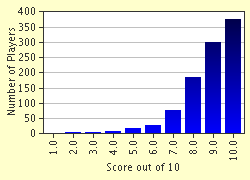 
Other Destinations
Explore Other Quizzes by bookynerd