10 Easy Questions about Harry Potter and the Half-Blood Prince

This is my first quiz. I hope you enjoy taking it as much as I enjoyed writing it! It is based on the sixth Harry Potter book, "Harry Potter and the Half-Blood Prince".

Quiz Answer Key and Fun Facts
1. When Harry is still at the Dursley's, he receives a Ministry of Magic flyer. This flyer tells of ways to protect yourself from Dark Forces. What does the sixth guideline say?


Answer: If the Dark Mark appears over a dwelling place or other building, DO NOT ENTER, and contact the Auror office immediately.

When the book is first introducing Harry, it talks about some of the items on his bedroom floor, this paper is one of them.
2. On the train, Harry was invited to have lunch with Professor Slughorn. What was the name of the Slytherin boy who was invited as well?

Zabini is a friend of Malfoy's and goes to sit with him after the lunch is over.
3. What does the Levicorpus spell do?


Answer: Pulls the person upside down and leaves them hanging by one ankle.

Harry learns this from his Potions book.
4. Which werewolf attacked Lupin?

Fenrir Greyback is known to be the most savage werewolf alive. He is known to position himself next to his prey during a full moon so he can be sure to bite them.
5. What is a bezoar?


Answer: a stone taken from the stomach of a goat

Harry saves Ron's life by giving him a bezoar when Ron drank poisoned wine. Bezoars protect from most poisons.
6. What is the name of the woman Tom Riddle killed so he could obtain two of her possessions?

Tom Riddle, otherwise known as Lord Voldemort, killed Hepzibah so he could steal Slytherin's locket and Hufflepuff's cup.
7. Ron used one of Fred and George's spell checking quills to write one of his essays. What did the quill change Ron's name to on the essay?

The quill changes Ron's name along with many other easily spelled words in the essay.
8. Which one of Hagrid's animal friends dies?

When Aragog dies, Harry, Professor Slughorn, and Hagrid attend his funeral. Hagrid buries Aragog in back of his house.
9. Tom Riddle talked to Professor Slughorn while Tom was still at school. What did Tom ask Slughorn?


Answer: if a person could have more than one horcrux

Tom wanted to know if he could have more than one horcrux so he could promise himself immortality even if one or more of his horcruxes were to be destroyed, he could still count on his others.
10. Who did Harry use Sectumsempra on in the bathroom?

When Malfoy tried to use an unforgivable curse on Harry, Harry used the Sectumsempra spell on Malfoy. Thank you for taking my quiz! Please rank it when you are done.
Source: Author skigirl983983 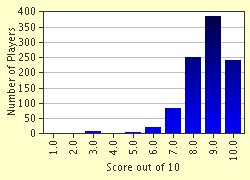 
Other Destinations
Explore Other Quizzes by skigirl983983