This is a quiz on "Harry Potter and the Half-Blood Prince." It covers the first ten chapters of the book. WARNING: This quiz may contain spoilers.

Quiz Answer Key and Fun Facts
1. Which of these people had been murdered when Fudge was meeting with the Prime Minister?

Amelia Bones was the Head of the Department of Magical Law Enforcement. Probably murdered by Voldemort himself, her death was reported in Muggle and Wizard newspapers.
2. "Who claims to be Voldemort's spy at Hogwarts?

Snape was still trusted wholly by Dumbledore. Therefore, he can spy on Dumbledore without arousing any suspicion.
3. Who retrieved Harry from Privet Drive?

Dumbledore came to get Harry two weeks into the summer holidays. After a quick talk with the Dursleys, they were off on a side-quest and then to the Burrow.
4. Which person did Harry convince to come out of retirement to teach at Hogwarts?

Slughorn didn't want to come out of retirement. Harry convinced him by saying he'd be safer from Voldemort by being closer to Dumbledore.
5. What does Ginny call Fleur?

Bill and Fleur were to be married the next summer. Fleur stayed at the Burrow for a while because she only works part-time at Gringotts.
6. Where did Draco make a detour to when he was supposed to be in Diagon Alley?

Harry, Ron, and Hermione noticed that Malfoy had slipped away from his mother. They followed him to Knockturn Alley's Borgin and Burkes, where they saw him bullying Borgin and showing him something on his left arm (probably the Dark Mark.)
7. Which one of these people did not have lunch on the train with Professor Slughorn?

Professor Slughorn invited Neville, Harry, Blaise, Cormac, Ginny, and Marcus Belby to lunch. Most of them were connected with important people, but Slughorn found Ginny's Bat-Bogey Hexes amazing.
8. Who is the new Defense Against the Dark Arts teacher?

Everyone had assumed Slughorn would be the new teacher, but he took up the post of Potions Master. Snape finally achieved his greatest triumph: obtaining the Defense Against the Dark Arts post.
9. What potion did Harry win in Potions?

Felix Felicis is liquid luck, and Slughorn offered it to anyone who could make the best Draught of Living Death. Harry found written tips from the previous owner (the Half-Blood Prince) of his borrowed book.
10. How is Merope related to Voldemort?

Tom Riddle Sr., under the effects of love potion, had fathered the child with Merope. He left her after she stopped giving him love potion.
Source: Author xxharryxx 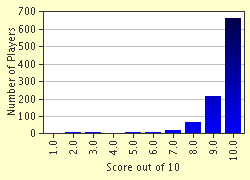 
Other Destinations
Explore Other Quizzes by xxharryxx