A challenging quiz that tests your knowledge of the sixth book in the seven part series.

Herbert Chorley is the Muggle junior minister. He is taken to St Mungo's after reacting to a poorly performed Imperius Curse which makes him impersonate a duck.
2. In which village is Horace Slughorn hiding when Harry and Dumbledore visit him?

The village is called Budleigh Babberton. Slughorn is currently hiding in a Muggle house while its owners are on holiday in the Canary Islands.
3. Who is head of the Goblin Liaison Office?

Horace Slughorn mentions this to Harry when they first meet.Harry gets the impression that Slughorn is a pure-blood lover and he explains that he liked several students who were half-bloods, such as Harry's mum and Dirk Cresswell.
4. Who wrote " Advanced Potion Making?"

It is written by Libatius Borage, although Harry finds that the Half Blood Prince has done a much better job.
5. Who invented the cheese cauldron?

In Harry's first lesson with Dumbledore,he states that they will be using guesswork and could be as woefully wrong as Humphrey Belcher who thought the time was ripe for a cheese cauldron.
6. What is the name of the vampire at Slughorn's Christmas party?

At the Christmas party there is a vampire, he is in the company of a man who writes books about vampires.
7. Who succeeds Rufus Scrimgeour as the head of the Auror Office?

When Percy and Rufus come to the Burrow during Christmas, the minister has a chat to Harry, and says if Harry helps the ministry he can talk to Gawain about helping Harry become an Auror.
8. Who is the Ministry Apparition instructor?

The Apparition instructor comes to Hogwarts to teach the sixth years to apparate.
9. Who says the words " The lightning-struck tower,calamity...disaster!"

This is another one of Professor Trelawney's predictions that turns out to be true.
10. What were the names of Snape's parents?

Severus Snape was the Half Blood Prince, he turned out to be a traitor and killed Dumbledore. His father was a Muggle and his mother was a witch.
Source: Author HikawaMaru 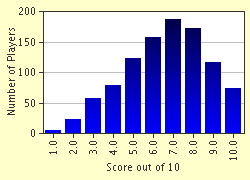 
Other Destinations
Explore Other Quizzes by HikawaMaru