This is a quiz on "Harry Potter and the Half-Blood Prince." It covers the final ten chapters of the book with one question per chapter. Be warned: this quiz contains spoilers for those who have not read the book!

Quiz Answer Key and Fun Facts
1. Where did Dobby and Kreacher see Malfoy go to regularly?

Harry had Dobby and Kreacher follow Malfoy because he had suspicions that Malfoy was up to something, but couldn't follow him around all day. They saw Malfoy going to the Room of Requirement regularly with "a variety of students," who were actually Crabbe and Goyle transformed under the influence of Polyjuice Potion.
2. What did Harry use that helped him obtain the memory from Slughorn?

Harry took a small amount of Felix Felicis and went down to Aragog's burial. He ran into Slughorn on the way to Hagrid's hut, and persuaded Slughorn to attend the funeral. Slughorn got drunk, and Harry then persuaded him to hand over the memory.
3. How do wizards make Horcruxes?


Answer: kill someone, and then perform a spell

Harry learned this from Slughorn's memory. Tom Riddle asked Slughorn about Horcruxes. Slughorn told him all about Horcruxes, and Tom had the idea of making six of them.
4. What spell did Harry use on Malfoy in the bathroom?

Harry encountered Malfoy crying in a bathroom. Malfoy attempted to use the Cruciatus Curse, but Harry used Sectumsempra, which earned him a multitude of detentions from Snape and the right to participate in the Quidditch Final. Harry found the Sectumsempra curse labeled "For Enemies" in the Half-Blood Prince's Potions Book.
5. Who first overheard Malfoy celebrating in the Room of Requirement?

Professor Trelawney was hiding some sherry bottles in the Room of Requirement, and gained entrance while Malfoy was in there. She heard whooping and was then thrown out of the room.
6. Which "Horcrux" did Harry and Dumbledore think they found in the cave?

They found a fake Slytherin locket in a cave. They thought they had found the real Horcrux, but after Dumbledore died, Harry found a note inside signed with the initials "R.A.B."
7. Which boy was supposed to kill Professor Dumbledore?

Draco Malfoy was supposed to kill Dumbledore, but couldn't bring himself to do such a terrible thing. Snape, because of the Unbreakable Vow he made with Narcissa Malfoy, had to do Malfoy's dirty work.
8. Who is the Half-Blood Prince?

Snape's mother, a witch, went by the name Eileen Prince. His father was a Muggle, making Severus a half-blood and a "Prince."
9. Who was attacked by Fenrir Greyback during the battle with the Death Eaters?

Fenrir attacked and bit Bill when he wasn't in werewolf form. Since he wasn't transformed when he attacked Bill, Bill will probably not be a full werewolf. However, he was told that he could have some wolfish characteristics because of his bite.
10. What did Harry consider doing instead of coming back to Hogwarts for his seventh year?

Ron and Hermione, to Harry's disappointment, said they'd go with Harry to hunt Voldemort. He was reminded that however hard he tried, he wouldn't be able to avoid them because of Bill and Fleur's wedding.
Source: Author XxHarryxX 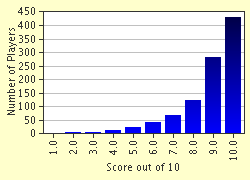 
Other Destinations
Explore Other Quizzes by XxHarryxX