15 Average Questions about Harry Potter and the Half Blood Prince

This quiz will test your knowledge of the sixth installment in the Harry Potter saga by JK Rowling, Harry Potter and the Half Blood Prince. There is one question from each chapter, chapters 1-15. Look for part two of this quiz.

Quiz Answer Key and Fun Facts
1. What is the name of the new Minister of Magic?

Rufus Scrimgeour is the Minister that succeeds Fudge. We first meet him when he goes to meet with the "Minister of Muggles" to inform him about what is going on in the wizarding world.
2. What are Bellatrix Lestrange and Narcissa Malfoy's nicknames?

Bellatrix or Bella is responsible for the murder of Sirius Black and took part in torturing the Longbottoms. Narcissa is Lucius Malfoy's wife.
3. What drink did Dumbledore offer the Dursley's when he came to pick up Harry and to take him to the Burrow?

Dumbledore bewitches the cups to hover over the Dursley's heads and spill some drink on them until they take the cups and drink them. This happens while Dumbledore is telling Harry about Sirius's will.
4. Horace Slughorn moves into different muggle houses when they are away, to avoid Death Eaters. Where were the muggles who owned the house he was staying in when Harry and Dumbledore came to visit?

Harry and Dumbledore arrive to find the house Horace is staying in is a wreck. They find out this is just a safety measure Horace takes against Death Eaters. Dumbledore comes to try and get Horace to come out of retirement and teach at Hogwarts. Harry winds up convincing Horace to take the job, just as Dumbledore wanted him to.
5. What does Mr. Weasley call Mrs. Weasley when they are alone?

The Ministry encouraged people to ask each other questions to make sure that they were really who they say they are and not a Death Eater using Poly Juice Potion. Mr. Weasley asked Molly the question above, and Molly asked Mr. Weasley what his secret ambition is. His secret ambition is to find out how airplanes stay up.
6. What Skiving Snackbox was most popular at Weasley's Wizard Wheezes store?

The Weasley's, Harry, Hagrid, and Hermione went to the twins' store after they finished their school shopping. The store carried a variety of items ranging from love potions to Muggle magic tricks. The twins said Harry could have whatever he wanted free, since he gave them the start up money, while Ron had to pay.
7. What invisible creature did Luna warn Harry about on the train ride to Hogwarts?

Harry was thinking about how his life would have been different if Voldemort had chosen him instead of Neville. When Luna noticed his distracted look, she asked him if a Wrackspurt came in through his ear and disrupted his brainwaves. She said she felt one in their car.
8. After the attack on the train, Harry was covered in blood. When he entered the Great Hall what spell did Hermione perform to dry up the blood?

When Tonks found Harry she used "Episkey" to fix his broken nose but when Harry got into Hogwarts, Hermione dried up the blood that was everywhere.
9. In Snape's first Defense Against the Dark Arts lesson, he showed three pictures of the result of certain attacks by creatures, which was not one of the pictures?

The picture of the Cruciatus Curse was of a witch lying on the ground screaming. The one of a Dementor's kiss was a wizard slumped against a wall, with no life in his eyes. The picture of the Inferius attack was just a mess of blood. Pleasant first class?
10. During Harry's first lesson with Dumbledore, they stepped inside the Pensieve to visit the house of Gaunt, whose memory were they stepping into?

Bob Ogden was employed by the Department of Magical Law Enforcement. He was there to persecute Morfin for attacking muggles. Harry learned about Voldemort's grandfather, and how Voldemort's mother was mistreated.
11. Who was not put on the team after tryouts at the beginning of the year for Chaser?

Dean Thomas was put on the team as a Chaser after Katie Bell was attacked and sent to St. Mungo's. Dean was very excited to be on the team so he could spend more time with Ginny.
12. What was the first non-verbal spell Harry learned from Half Blood Prince?

Harry first tried it out on Ron, not knowing what would happen. Then Harry realized it was the spell that his dad did on Snape when he was at school. Hermione quickly reprehended Harry for trying out a spell since he didn't know what would happen. Liberacorpus is the counterjinx.
13. What was the name of the woman in charge of the orphanage where Tom Riddle lived?

Mrs. Cole offered a gin when he came to the orphanage to take Tom Riddle to Hogwarts. Dumbledore could easily tell that Mrs. Cole had a drinking problem. Harry sees this memory, which is Dumbledore's, when he goes to his second lesson.
14. When Harry saw Dean and Ginny snogging, he got extremely jealous. What spell did he want to perform on Dean?

When Harry saw this he tried to convince himself that he was only feeling protective about Ginny, since she was Ron's sister. But later on he realizes what he really feels - he likes Ginny.
15. What do Fred and George's love potions come disguised as when they are sent to Hogwarts?

Romilda Vane tried to give the love potions to Harry disguised Chocolate Cauldrons. Harry took them, but did not eat them. Unfortunately, Ron got to them. Harry took Ron to Slughorn for help.
Source: Author iluvjj 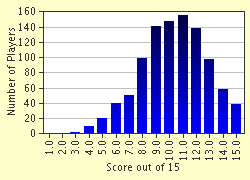 
Other Destinations
Explore Other Quizzes by iluvjj