Who is "The Half-blood Prince"? Quiz

How much do you know about the sixth Harry Potter book by J. K. Rowling?

Quiz Answer Key and Fun Facts
1. In "Harry Potter and the Half-Blood Prince" we were introduced to many new characters. One was a werewolf and a major supporter of Voldemort. What was his name?

Fenrir (also written as Fenryr) Greyback is a werewolf. He is out to turn as many people into werewolves as possible. He supports Voldemort because he was promised that he could attack children and turn them into werewolves. He attacked Bill but wasn't transformed at the time and was present when Dumbledore was killed.
2. Luna is commentating the Quidditch match, ". . . but now that big Hufflepuff player's got the Quaffle from, her, I can't remember his name, it's something like Bibble - no, Buggins" What was the Hufflepuff player's name?

Luna has an unusual way of commenting. When she forgets Cadwallader's name Professor McGonagall ever helpful tells her and this gets a laugh out of the crowd.
3. Which person was NOT a former student of Professor Slughorn?

Dennis Bishop was not a student of Professor Slughorn. He was one of the two children that Tom Riddle took into the cave while on a trip with the orphanage, while he was staying there. Dirk Cresswell is Head of Goblin Liaison Office, Barnabas Cuffe is editor of the Daily Prophet, and Ambrosius Flume is the owner of Honeyduke's. The latter were all former students of Professor Slughorn.
4. The first time we see the house of Gaunt it is through the eyes of Bob Ogden. Why is Ogden at the Gaunt's house?


Answer: To tell Morfin he must attend a Ministry of Magic hearing

Bob Ogden went the Gaunt's house to inform Morfin he must attend a Ministry of Magic hearing, because he cursed a Muggle for no reason.
5. How did Dumbledore think that Merope was able to keep Tom Riddle with her for as long as she did?

Dumbledore reasoned that Merope used a love potion to win over Tom Riddle. This would have continued to work, but Merope was so in love with Tom that she couldn't stand to have his love through a potion. She convinced herself that Tom had fallen in love with her too and stopped using the potion.

When the effects of the potion wore off Tom left her. When he left she was pregnant with a child she named Tom Marvolo Riddle.
6. Who went to tell Tom Riddle that he had been accepted at Hogwarts?

Dumbledore went to the orphanage where Tom was to tell him he was going to Hogwarts. Mrs. Cole, the woman who ran the orphanage, told Dumbledore that Tom was an odd kid and that things always seemed to happen around him.
7. Where is Lucius Malfoy during the sixth book?

Lucius Malfoy is in Azkaban and Draco has taken over his job working for Voldemort. Harry was right throughout the book, when he suspected Draco of being a Death Eater.
8. Why was Tonks unable to change her appearance for the majority of the book?


Answer: She likes Lupin but he says he's too old for her

For the majority of the book Tonks was so upset that she couldn't even change her appearance. Harry thought that she felt guilty about Sirius and had maybe even dated him or wanted to, but towards the end of the book Lupin and Tonks get into a bit of an argument about whether there is too much of an age difference (and also about the fact that he's a werewolf) and Harry realizes what was really going on.

This discussion was brought on by Bill getting attacked by Fenrir Greyback and Fleur said she didn't care how he looked.
9. About which item of Fred and George's did Hermione say, "You know that really is extraordinary magic!"

Hermione complimented Fred and George's patented daydream charms. A product that can send you into a daydream that will last thirty minutes. For her compliment Hermione received a free daydream charm.
10. Who told Tom Riddle how a Horcrux works?

Professor Slughorn told Tom Riddle how a Horcrux works. He tried to hide it from Dumbledore that he did, but Harry was able to get it out of him.
11. Not including Ron, Hermione, Harry, and Ginny, who came to help when they were called by the DA coins?

Both Neville and Luna came to help out with the battle when they were called by the coins. They were the only ones that still carried them because they were the ones who wanted the call to come. When talking about DA Luna said, "I enjoyed the meetings, too. It was like having friends."
12. The locket that Harry and Dumbledore found wasn't a real Horcrux. The real Horcrux was found by someone with what initials?

The real horcrux was found by someone with the initials R.A.B. (s)he left this message:
"To the Dark Lord,
I know I will be dead long before you read this but I want you to know that it was I who discovered your secret. I have stolen the real Horcrux and intend to destroy it as soon as I can. I face death in the hope that when you meet your match, you will be mortal once more.
R.A.B."
13. Which Order of the Phoenix member is stationed at the Prime Minister's office?

The Prime Minister was shocked to find that Kingsley Shacklebolt was a wizard who was stationed in his outer office for protection.
14. Who is the new Headmaster/Headmistress at Hogwarts?

Professor McGonagall formerly being Deputy Headmistress received the title of Headmistress after Dumbledore died.
15. When we see Mundungus Fletcher in this book he has stolen something, what is it?

Mundungus has stolen a goblet from the House of Black when we see him in Hogsmeade. Harry gets very angry with him.
Source: Author bookaddict 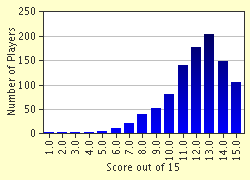 
Other Destinations
Explore Other Quizzes by bookaddict