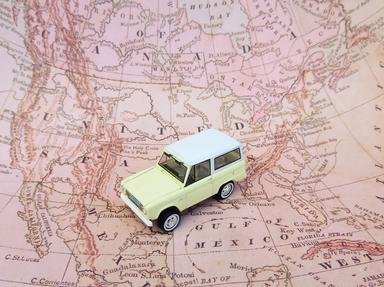 Are you still up on your third grade vernacular? See if you remember these gems. All references are U.S.

Quiz Answer Key and Fun Facts
1. When one's underwear become exposed, what two European locales are said to be visible?

'I see London, I see France, I see (your name here)'s underpants!' This dates from World War II. There was no trade in luxury goods between England and the continent, and things like fancy underwear became scarce. Londoners often resorted to the black market. Seeing someone with a new pair of underwear probably meant they'd gotten them illegally from occupied France.
2. According to the rhyme, where does Popeye the Sailor Man live?


Answer: In a garbage can

'I'm Popeye the Sailor Man, I live in a garbage can...' Though the rhyme was later adapted to include the popular cartoon character, the rhyme dates from the American Civil War. When president Lincoln ordered a naval blockade of the South, many sailors found themselves sitting on ships for months at a time. Conditions would become terrible, and sailors often referred to ships on the blockade as 'garbage bins (cans).'
3. When selecting someone for baseball, tag, or other sports, what animal do you catch by the toe?

'Eeny, meeny, miney, moe, catch a tiger by the toe.' This comes from a quote by General Douglas MacArthur, who objected to an alliance with Communist partisans in China, while fighting the Japanese. He likened the alliance to 'taking a tiger by the tail.' The word was changed to 'toe' to fit in with the rhyme scheme.
4. Another way to choose teams is '_________, ________ in a dish, how many pieces do you wish?' What goes in the blank?

'Bubblegum, bubblegum, in a dish, how many pieces do you wish?' This dates from the late 1800s, when European powers divided up the Third World like children dividing up candy (I'm being sarcastic).
5. If boys go to Mars to get more cigars, where do girls go?

Girls go to Jupiter to get more stupider (my wife says girls go to college to get more knowledge, but she has girl germs). This dates from the 1960's, when more and more women started going to college, at a time when many thought they needed to concentrate on their role as wife and mother.
6. We're still picking teams for baseball. What were my mother and your mother doing when my mother beat up your mother?

'My mother and your mother were hanging clothes. My mother punched your mother in the nose. What color was the blood?' Spell out the color, last one picked is on your team.
This dates from the Triangle Shirtwaist Factory Fire, in which hundreds of poor working women perished. The nosebleed refers to the resultant factory safety laws that were like a punch in the nose to rich industrialits.
7. Hey, I found a quarter! If finders are keepers, what are losers?

This will sometimes stand up in court, by the way.
8. Sheesh. Okay, we stick with these teams, no matter what. 'Engine, engine, Number 9, going down _____ line. See it sparkle, see it shine, engine, engine, number nine. If the train should jump the track, will I get my money back? Yes, no, maybe so?' What city?

Chicago. This is a reference to the fire engines that combated the Great Chicago Fire.
9. If you step on a crack, whose back is broken?

In case you haven't guessed by now, I made up all the interesting facts. Every one of these is just a silly rhyme. Oh yeah? You and what army?
Source: Author Czolgolz 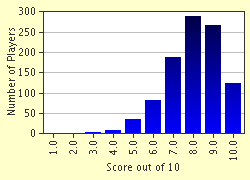 Related Quizzes
1. 911, What's Your Emergency? Easier
2. Cruising from Alaska to LA Easier
3. Party in the U.S.A. Average
4. Travelling Through the US Very Easy
5. Know Anything About the USA? Average
6. Bits of This and Bits of That Average
7. Easy Americana [B] Average
8. All About the U.S.A. Average
9. United States Tough
10. All Things Red Average
11. They Celebrate THAT in America? #1 Tough
12. Our Family Vacations Average


Other Destinations
Explore Other Quizzes by Czolgolz