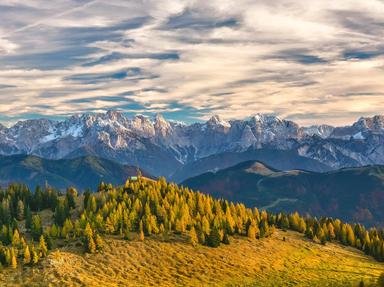 Just how much do you know about the beautiful alpine country of Austria, located in the heart of Europe?

Quiz Answer Key and Fun Facts
1. Which of these political leaders was born in Austria?

Adolf Hitler was born on 20 April 1889 in Braunau am Inn, in the province of Upper Austria.
2. Which of the following is regarded as one of Austria's most famous sons?

The famous actor and politician Arnold Schwarzenegger was born in Thal, Austria on July 30, 1947. Thal is located close to Graz, which is the provincial capital of Styria.
3. If you wanted to have a good time at a large amusement park in Austria, which also features a giant Ferris Wheel that has featured in many Hollywood movies, what city would you need to travel to?

An English engineering firm by the name of Walter Basset built the giant Ferris Wheel. Other Ferris Wheels were built around the same time in such diverse places as Chicago and London, although these have long since been demolished.
5. One of the largest medieval castles in Europe and a very popular tourist attraction in Austria is the High Salzburg Fortress, located in the city of Salzburg. By which name is the castle known in Austria?

Hohensalzburg was built in 1077 by Archbishop Gebhard and was greatly expanded by Archbishop Leonhard von Keutschach from 1495 to 1519.
6. Which large river flows through Austria and is also its longest river?

The Danube is Austria's longest river. The Danube flows 217 miles (350 kilometers) through Austria, and it is possible to visit many beautiful Austrian cities and towns by means of a river cruise along it.
7. I'm hungry! If I wanted a crisp savoury pastry to eat with my coffee in the morning, what typical Austrian food would I buy?

A Mohnflesserl is a traditional Austrian savoury pastry (Gebäck) in the form of a braided bun. It is made from white bread dough and is sprinkled with poppy-seeds and salt. It tastes divine.
8. What is or are Austria's official language or languages?

Austria's official language is German. Many Austrians speak German in their local dialect. Austrian is not a recognized language.
9. Austria has a number of great wine growing areas. Speaking of wine, what is the word Austrians use for wine? Watch your spelling!

Archaeologists have found evidence of grape growing in Austria, dating back some 4000 years. Wein is the German word for wine, while Wien is the German for Vienna.
10. Roughly how much of Austria's land area can be considered to be mountainous?

Since it's located in the Alps, some 62% of Austria's total area is considered to be mountainous. This makes for spectacular winter fun but also wonderful sightseeing in the warmer months.
Source: Author aaronjunior 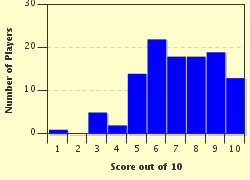 
Other Destinations
Explore Other Quizzes by aaronjunior