The great Maya civilization is the subject of this quiz.

Quiz Answer Key and Fun Facts
1. The Maya people built cities and thrived in Meso-America (Mexico and Central America), including what modern-day countries?

Many of their cities and monuments have been excavated but there is still much to be uncovered.
2. The ancestors of the Maya people originally came from where?

The Mayas' ancestors crossed over from Asia via the Bering Straits into North America. It is likely that there was a land bridge crossing the continents at that time, many thousands of years ago. These people left one of the coldest regions of the world and settled in one of the warmest.
3. The Maya wrote books on paper made from tree bark in which they kept detailed records of their history, religion, philosophy, and secular science including astronomy and engineering. What happened to their books?


Answer: They were all burnt by the Spanish

The Spanish had no respect for knowledge or religion other than their own. They waged total war against the Maya and slaughtered as many as they could and sold the survivors into slavery. Only four books were ever found. These four (today found in Dresden, Paris, Mexico City, and Madrid) have been copied and studied by anthropologists. The rest were lost.
4. One of the greatest cities of the Maya people is today found at Chichen Itza in Yucatan, Mexico. The huge pyramid at the center of the site is built so that what phenomenon occurs on the vernal equinox?


Answer: Light and shadow fall on one side of the pyramid in the shape of a snake.

Many of the buildings in Maya temples are aligned so that light hits them in a certain way on the equinoxes or the solstices. The Maya were masters of astronomy.
5. Which is true of the Maya people?

No metal tools, draught animals, or wagons. They cut limestone blocks with harder stone such as obsidian. They used only their own strength to carry loads. They pulled large stones with ropes on rollers made of logs.
6. Many Maya temples can be found in valleys (such as Chichen Itza in Yucatan), many can be found in jungles (such as Tikal in Guatemala). One temple called Tulum is found in an unusual location. Where is it?


Answer: On a cliff over the beach

Tulum is build on a beautiful site by the beach facing the Carribean Sea. It is found on the Yucatan peninsula in Mexico.
7. A typical Maya temple complex will contain a pyramid, an observatory for watching the heavenly bodies, sacrificial altars, and what other structure?

Part of the Maya religion was to host a game in which two teams tried to hit a rubber ball through one of two high hoops built into walls on opposite sides of a court. The game represented the struggle of light and darkness and the losing team was sacrificed.

Many people believe that it was the winning team, or the captain of the winning team that was sacrificed and that the team considered it a privilege.
8. On the altar where a human sacrifice was offered the stones fit into a flat surface but there was a bump on the altar. What was the function of the bump?


Answer: The sacrifice would lie down on his back and the bump pushed his chest up so the priest could more easily remove his heart

The sacrifice and other offerings were thrown into a sink hole. Many of the artifacts that are today found in museums throughout the world have been brought up by divers excavating sink holes in Maya cites.
9. What did the Maya do with their family members who died?


Answer: Most were cremated, some were buried.

The highest ranking members of society were buried. All others were cremated. The pyramids were built on the the graves of kings. The Maya king was both the political and religious leader.
10. Which creatures figure prominently in Maya art?

The Maya colored their richly decorated temples with bright natural pigments. Some of their psychedelic images have led to speculation that they experimented with mind expanding roots and cacti as part of their religion.
Source: Author stageball 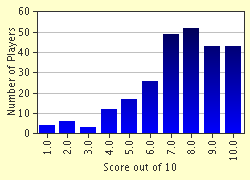 
Other Destinations
Explore Other Quizzes by stageball