While her more famous cousin Ender was busy saving mankind, Endive Wiggin took on the lesser - but no less important - challenge of discovering tasty ingredients for a great salad. Here are excerpts from her search log ...

Quiz Answer Key and Fun Facts
1. I was so excited to be sent to Battle School. What a disappointment to be assigned to the kitchen as an apprentice cook :( My first task is to find salad ingredients. Disappointed but not deterred, I'll press on. The basis of any good salad is lettuce. As any RMS Titanic historian could tell you, what is one of the most basic varieties of this vegetable?

Originally cultivated in ancient Egypt, lettuce (Lactuca sativa) is a hardy plant now grown primarily for the use of its leaves in salads. Lettuce comes in many varieties such as leaf, romaine, Bibb, and stem. Iceberg lettuce, also called crisphead, has the highest percentage of water of all lettuce types but is relatively low in flavor and nutritional content when compared to its counterparts. Iceberg lettuce is the most popular variety in the US, perhaps because it allows other salad components, and most dressings, to dominate the flavor profile of a given salad.
2. I do have an inspiring mentor in Mesculum Graff, whose brother Hyrum teaches Ender in Battle School. Among his first words to me were, "Endive, eh? One of the best salad greens is related to you!" He was right: What type of endive is also related to the one of the Three Stooges?

Endive (Cichorium endivia) is from the chicory family, which also includes radicchio, puntarelle, and Belgian endive. The two most common types of endive are curly endive and escarole. First cultivated in southern Europe, most types of endive are now grown throughout the world, and may even be seen thriving in the wild. Tossing endive leaves in salads is but one of the uses for this versatile vegetable. Leaves may be sautéed for a side dish or included in soups and stews; and in many places the roots are roasted, ground, and combined with coffee to be brewed.
3. A great debate occurred in the kitchen the other day over whether this salad ingredient is a fruit or a vegetable. I thought: vegetable; Mesculum said: fruit. Once again he was right. What salad ingredient, which is also equally tasty cooked in Italian recipes, is this red fruit?

The tomato (Solanum lycopersicum) is botanically a fruit, but it was classified as a vegetable in 1893 by the US Supreme Court for trade and tariff reasons. Growing out of the Andes mountains of South America and first eaten and cultivated in Mexico, the tomato was spread throughout the world by Spanish explorers. Tomatoes are consumed raw, dried, as juice, and cooked into an endless variety of dishes in many cuisines. Rich in vitamins and lycopene, the tomato's nutritional bounty is still being completely realized.
4. I was making a report to Mesculum the other day when he said, "repeat"-edly, "Remember that there are also vegetable ingredients that contribute to the dressings," and this got me thinking ... What ingredient from the onion family, grown in gardens and hated by vampires, is a common ingredient in salad dressings?

Garlic (Allium sativum) is related to onions, shallots, leeks and chives, and it has a history going back over 7,000 years to Ancient Egypt and central Asia. A hardy plant, it is grown throughout the world and is featured in the cuisine of many cultures. The bulb, or head, is the most commonly used part of the plant, primarily as a flavoring agent in many dishes or salad dressings, although cooking the entire head has become increasingly popular. Garlic has also played a major part in pharmacological and medicinal history.

There are many examples in popular culture of vampires being repelled by wolfsbane, but far from being a common salad dressing ingredient, wolfsbane is primarily poisonous, although when properly detoxified it has been used in Eastern medicine.
5. As I was preparing to search for more salad ingredients, Mesculum struck a pose, scrunching up his face, muttering "I Yam What I Yam," and rolling up a sleeve to flex a heavily-tattooed bicep. With what salad ingredient from the Amaranthaceae family do we associate Popeye the Sailor?

Spinach (Spinacia oleracea) was first cultivated throughout the Middle East and Asia, and was brought to Europe by exploration and conquest. A hardy plant, it was prized in the Middle Ages for permitting a harvest in early spring, at a time when fresh vegetables would be scarce. Spinach figures in the cuisine of many regions: its fresh leaves are a salad staple, but it can also be sautéed as a side vegetable, combined in soups, and included in a variety of dishes known as "Florentine" for their connection to that Italian city.

The nutritional value of Spinach is legendary: it is rich in vitamins, minerals, and antioxidants.
6. After missing a few days due to a mild case of orbit sickness, I returned to the kitchen. As he greeted me and inquired about my health, Mesculum advised, "You know, if you would eat one of these a day, you would have no more need of a medical professional," and I thought, "Yes! Another salad ingredient!" What fruit, which is said to keep the doctor away, is a popular addition to many salads?

The apple (Malus domestica) is related to the rose, and is widely grown on fruit trees around the world. Originating in central Asia thousands of years ago, the apple spread through Asia to Europe, whose explorers brought them to the Americas. Apples can be eaten fresh from the tree, cooked into pies and other desserts, and even stewed as a garnish with meats. One of baby's first foods is applesauce. Apples have been increasingly popular in salads, either cut up into green salads, or "starring" in Waldorf Salads, which combine the fruit with celery, walnuts, and mayonnaise dressing. Nutritionally, the apple is high in fiber, vitamin C, and antioxidants. Medical tests have suggested that it may lower the risk of colon, prostate, and lung cancer.
7. I was watching cartoons with some of my fellow apprentices when Mesculum wandered into the room. Studying the TV goings-on, Mesculum blurted out, "Ehhhh, what's up, Doc?" pointed at me, and left the room. Inspiration! Bugs Bunny would know this: What orange vegetable, often served cooked with dinner or even as the basis of an eponymous cake, is also a very popular salad ingredient?

The carrot (Daucus carota) is a root vegetable which originated in Iran and Afghanistan around 1000 AD, although carrot seeds 3000-4000 years older have been found in Europe. Carrots are one of the most popular and versatile vegetables in use today. The most commonly used part of the plant is the root, although the stems and leaves of young plants may also be eaten.

The orange carrot root may be eaten whole or cut into sticks; it may be cooked sliced, diced, roasted, or even mashed as a side dish. Carrot is high in natural sugars, which makes it an ideal ingredient for quick breads and the delectable carrot cake. Nutritionally, carrots are rich in beta carotene, antioxidants, minerals, and Vitamins A and C.
8. All of us were stunned today when we arrived at the kitchen, only to find Mesculum standing over a cutting board, chopping away, and weeping profusely. We were certain that a major tragedy had just occurred! "Nooo, students, all is well," Mesculum reassured us, "I'm just doing some prep work on a vegetable that Endive should consider for her salad project." What tear-inducing vegetable, also closely related to garlic, leeks, and chives, is very popular when added to salads?

The onion (Allium cepa) dates back at least to 3000 BC in Egypt and perhaps as far back as 5000 BC. Onions are grown around the world today and figure in the cuisine and homeopathic medicine of many cultures. As with many salad vegetables, onions can be eaten raw (although rarely whole), usually diced or thinly sliced in salads or sandwiches; or cooked with meats, casseroles, soups, or stews. Onions are rich in Vitamins C and B6, folic acid, and flavonoids.

When cut, onions develop sulfenic acids, which generate a gas which irritate the eyes, thus causing the famous tearing for which onions are notorious.
9. Feeling stymied in my search for salad greens, I was bemoaning my sad fate to my classmates when Mesculum pronounced, "Kid, just think of the conveyance that brought you here from Earth, and you'll have found more of what you're looking for!" What is the more common name of the peppery salad green, a member of the same family as cabbage, known as "arugula" in the US, "rucola" in Italy, and "roquette" in France?

Arugula (Eruca sativa), known as "rocket" throughout Britain, Canada, Australia, New Zealand, and South Africa, was first grown during the Roman Empire, but is now cultivated throughout Europe, Asia, North and South America, and North Africa. Known for its pungent flavor, when served in salads arugula is usually combined with other, milder-flavored greens.

It can also be cooked with pasta or other vegetables, or served with cheeses. It has even been used as a base for a liqueur. Arugula is a good source of fiber, Vitamins A, C, and B6, calcium, iron, and phosphorous.
10. We were cleaning up the kitchen the other day when Mesculum congratulated me on my progress and said, "I see you're nearly finished with your search. As a final hint may I suggest that you take a leaf from the Swiss, who never overcook their steaks?" What versatile green, from the same family as beets and spinach and popular in Mediterranean cooking, has a name that evokes the worst possible cooking outcome of a prime cut of meat?

Chard (Beta vulgaris subsp. cicla), more commonly known as Swiss chard, is not really Swiss, having evolved in the Mediterranean region in time to be mentioned in the writings of Aristotle. It acquired the "Swiss" name when the French confused it with another vegetable, "Swiss cardoon," found in the south of their country.

It is related to beets and spinach, and its young leaves are delicious in salads. The mature leaves work well in soups, sautéed in olive oil, or in omelets. Chard is highly nutritious, rich in protein and fiber, and containing high levels of Vitamins A, C, and K.
Source: Author shorthumbz 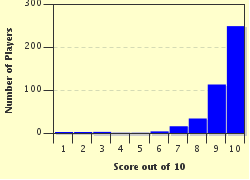