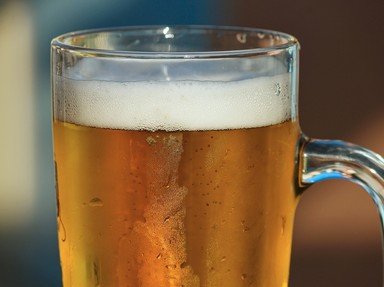 Have A Drink On Me Trivia Quiz

There are thousands of beers throughout the world, here are ten questions on some of them. Good Luck.

Bass was founded in 1777, at Burton-Upon-Trent, England, by William Bass. The trademark is the 'Red Triangle'.
2. Pick the odd one out?

Tabasco is a spicy sauce, all the others are Mexican beers.
3. What famous beer do Desnoes and Geddes of Kingston, Jamaica produce?

Red Stripe was originally brewed as ale, but was reformulated as a lager in 1934.
4. Which of these brewers is from Belgium?

Brasserie St. Leonard is French, Grolsch is Dutch and Spaten is German.
5. What famous brewing company was founded by J.C. Jacobsen, in Copenhagen, Denmark?

Denmark is credited with developing the first pure single strain of lager yeast - complete with Latin nickname, 'saccharomyces carlsbergensis'.
6. The name of the 'National' beer of the United States is the world famous 'Budweiser'. What other country produces its own 'Budweiser', known as 'Budvar'?

Adolphus Busch, of Anheuser-Busch, selected the beers from the Czech region of Ceske Budejovice as the model for the American 'Budweiser'. ('Budweis' is the German name for the Czech city of Ceske Budejovice'.
7. What city gives its name to the lightest, palest, styles of lager?

Pilsner or Pils, is one of the favoured beer types of the world. The original pilsner was Pilsner Urquell.
8. Where is Castlemaine XXXX beer from?

'Ice' beer went on the market in 1993.
Source: Author Ikabud 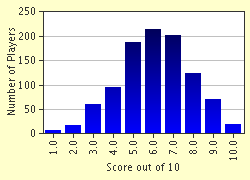 Related Quizzes
1. A Storm Is Brewing Easier
2. Bottoms Up Average
3. Beer Without the Alcohol Average
4. European Beers Average
5. It's My Round Average
6. Match the Beer to the Country No. 1 Average
7. Do You Know Your Beers? Average
8. Beers Through The Years Average
9. Ten Green Bottles Average
10. Beer Garden Average
11. Homebrewing 101 Average
12. Beer Here! Tough


Other Destinations
Explore Other Quizzes by Ikabud