Herbs, herbs, everywhere... Here are ten questions about different kinds of herbal tea. So grab your favorite tea cup and let's get started.

Quiz Answer Key and Fun Facts
1. Which of the following options is used to make herbal tea and comes from the bark of a tree?

Cinnamon tea has been drunk for centuries in South East Asia. Cinnamon tea has a wonderful aroma and a spicy taste. It is said to improve circulation, ease cold symptoms, relieve upset stomachs, and ease menstrual cramps.
2. Which of the following is a root used to make a wonderful calming herbal tea?

Kava root is indigenous to the islands of Polynesia. It is usually served sweetened as kava tends to have a very bitter taste. It is used to relieve stress, and to help with insomnia. This herbal tea should be used no more than three times a week and only by healthy adults as over-use can cause severe liver damage.
3. Which of the following is a plant which has been used for centuries in China to make a refreshing, healthy tea?

One of the most popular herbal teas is ginseng tea. Many people use this drink for its stimulating effects, as well as for possible health benefits. It is said to improve thinking, accelerate reaction times, impart resistance to many types of disease, as well as improving circulation.

Increasing its popularity is its reputation as an aphrodisiac. Ginseng generally safe to use with negative side effects being uncommon. The other three options are large Chinese cities.
4. Fennel tea has been consumed for centuries in which of the following areas?

The drinking of fennel tea has been popular in the Mediterranean regions for thousands of years. It is believed to soothe stomach ailments, improve eyesight, reduce cholesterol levels, all while providing a boost to the immune system. Pregnant women should not drink fennel tea as it can act as a uterine stimulant and drinking too much fennel tea can cause hallucinations, and muscle cramps.

As with most types of herbal tea, the secret to success is in moderation.
5. According to popular belief, chamomile tea should not be drunk by which of the following people?

Chamomile tea has been used the help with insomnia and other sleep disorders for centuries. Popular in many parts of Europe, it is also used to ease stomach flu, ulcers, migraines, and menstrual cramping.
6. Which of the following is used to flavor Rumple Minze Schnapps as well as making a tasty herbal tea?

Peppermint tea is usually drunk for its soothing effects on the digestive tract. This is one of the few herbal teas that is drunk iced as well as hot. Ancient Greeks used peppermint tea to ease nausea and vomiting and believed it helped to dissolve gallstones.

It is believed to have calming effects and to ease muscle aches and chronic pain. This herbal tea should be avoided by those who suffer chronic heartburn as it can make the problem worse.
7. Sakurayu is a Japanese herbal tea made from which of the following things?

Sakurayu is an interesting Japanese herbal tea that is made from pickled cherry blossoms. The cherry blossoms are pickled in plum vinegar and salt, after which they are dried. When steeped in hot water, the blossoms unfurl and float to the surface. It has a salty taste and is believed to detoxify the body, strengthen immunity, and boost the libido.
8. Belladonna tea has been used for many years as an aphrodisiac.

While many people think of dandelion as being a weed, it makes a wonderful herbal tea. Dandelion tea is taken as a digestive aid, and is believed by many to purify the blood, reduce inflammation, lower cholesterol, and detoxify the body. Anyone taking anticoagulants, or who have an allergy to ragweed should however not drink this herbal tea.
10. Which herb is used to flavor licorice as well as for making a wonderful herbal tea?

Anise tea is used in the treatment of colds and other respiratory ailments. It is touted to be an expectorant and to loosen phlegm in the throat and lungs. It has been used for thousands of years to calm upset stomachs and to reduce flatulence. Anise tea should be used very carefully as it can cause or worsen inflammatory skin conditions such as rosacea and acne.

The other three options are also used in the making of herbal teas.
Source: Author dcpddc478 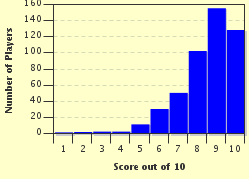 Related Quizzes
1. It's Five O'Clock Average
2. Teas Around The World Average
3. A Storm in a Teacup Average
4. What's Brewing in the Teapot? Average
5. Green Tea Tough
6. Please Pass the Sugar Easier
7. Drink It Up! Average
8. So You Want to Be a Magical Tea Average
9. Ten Tan Tin Teas Average
10. Tea: A Global Refreshment Average
11. Everything Stops for Tea Tough
12. Tea or Coffee? Tough