A fun and interesting quiz covering the wild world of fast food.

Quiz Answer Key and Fun Facts
1. Which of these fast food joints is not owned by Yum! International?


Answer: Jack in the Box

Yum! International also owns KFC and Taco Bell.
2. Which of the following joints is not run by the same company?

Carl's Jr., Hardee's, La Salsa, and Green Burrito are all run by CKE Restaurants, Inc.
3. In Australia, what is Burger King known as?

Because of a copyright dispute, Burger King was forced to adopt a different name in Australia.
4. Which of the following fast food joints is not franchised by Triarc?

Arby's was founded by the Raffel brothers.
5. Checkers Drive-In Restaurants, Inc. operates both Checkers and what other related fast food joint?

Checker's and Rally's are the official burgers of NASCAR.
6. Zteca Mexican Grill is now known by what name?

The Jack in the Box company owns Qdoba Mexican Grill.
7. This American burger joint is known for their "slyders".

Also known as "The Porcelain Palace."
8. This fast food chain has used the slogans "Where's the beef?" and "The best burgers and a whole lot more."

Clara Peller was the name of the older lady actress in the "Where's the beef?" commercials.
9. The owners of this American fast food pizza joint also own the Detroit Tigers and the Detroit Red Wings.


Answer: Hot Dog on A Stick 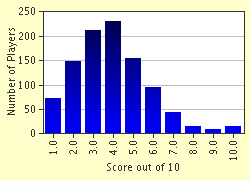 
Other Destinations
Explore Other Quizzes by PhattyFatt