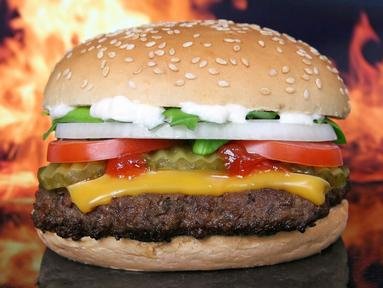 Take this quiz all about Fast Food restaurants in the United States. If you can't get those catchy jingles and fancy slogans out of your head, then this is the quiz for you!

Quiz Answer Key and Fun Facts
1. Who insists that they have "Better ingredients, better pizza."?

Papa John's is the third largest take-out and delivery pizza chain in the United States. Every Papa John's commercial ends with "Better ingredients, better pizza. Papa John's."
2. Where is the food "Way better than fast food"?

Wendy's has had several different slogans over the years including "Where's the beef?" and "Do what tastes right". "It's way better than fast food, it's Wendy's!" is the 2012 slogan for this restaurant.
3. Their food is so good, all you'll be able to say is "Yum!" (Note: This is about a slogan, not corporate affiliation!).

The original Red Robin restaurant was called Sam's Tavern after the owner. Sam could always be heard singing the song "When the Red, Red Robin (Comes Bob, Bob, Bobbin' Along)". He liked this song so much that he changed the name to Red Robin. Now every Red Robin commercial consists of a different catchy tune, "Yum!".
4. What restaurant encourages you to "Think outside the bun?"

Taco Bell's slogan, "Think outside the bun", has been their slogan for several years. It encourages you to eat something other than a hamburger or hot dog!
5. Which of these slogans is correctly matched with "Domino's"?

"Eat mor chikin the Chick-fil-A way!" This slogan is seen in advertisements, usually with cows wearing or holding signs that read, "Eat mor chikin". Advertisers say the cows are united in an effort to reform American food and reduce the amount of beef that is eaten.
7. Where, according to the slogan, can you "Eat Fresh"?

Subway uses this slogan to advertise that everything from their freshly baked bread to their cookies is, in fact "fresh". It also refers to the fact that your submarine sandwich is prepared right before your eyes by "Subway Sandwich Artists", or employees.
8. Which fast food restaurant has "Good mood food"?

There are more than 3,600 Arby's restaurants in the United States and Canada. It originally opened in Ohio on July 23, 1964. The name Arby's comes from the initials of the Raffel Brothers, R.B.
9. According to the slogan, "America Runs on..."?

The original slogan for this restaurant was "Sounds Good, Tastes Even Better". Many Dunkin' commercials feature players from the Boston Red Sox and the New England Patriots. Since 2007, Dunkin' Donuts has used the slogan "America Runs on Dunkin'" to describe their delicious coffee and donut selection.
10. Let's end with an easy one: "I'm lovin' it" belongs to which fast food restaurant?

McDonald's is one of the most popular fast food chains. This restaurant has had 23 different slogans, including the famous "I'm lovin' it". Their campaigns have always focused on the "overall McDonald's experience", not just the product.
Source: Author SnowAngel16 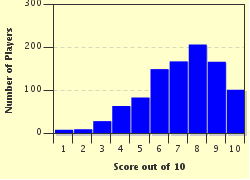 
Other Destinations
Explore Other Quizzes by SnowAngel16