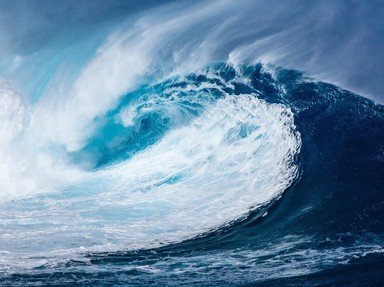 It's hard to draw a precise line between AE and BE, but there are definitely cases where the vocabulary of the two languages diverges. For reasons of fair play the quiz tries to strike a balance between AE- and BE-centred questions .

Quiz Answer Key and Fun Facts
1. It's rather painful for an American to sit down on a thumb-tack; but an English(wo)man is hardly any better off if he or she sits down on a ______. Which of these fills the blank correctly?

A zit would be a temporary small raised spot on the skin.
3. Whereas Uncle Sam washes his face with a wash-cloth or rag, John Bull does the same with a face-cloth or a what?

A flannel is a small cotton cloth used to wash the body, especially the face and hands. In Australian: face washer.
4. When an American woman loses her purse, what a gentlemanly Englishman returns to her need not be a "bag with coins", but might be her _______. What word could complete this sentence correctly?

In UK it is usually women who carry handbags, but in other countries men do as well. In AE handbags may be called either purses or pocketbooks. They are used for carrying money, keys, travel documents and small personal items such as make up.But the "gap" between AE and BE is not so wide, that the term "handbag" in the BE sense of the word would be totally out of the vocabulary range of most Americans. On the contrary.

The truth seems to be that there often are "supplementary" words in AEfor a specific BE term.

Moreover it's impossible to treat the language of such a vast country as the U.S.A. as being a linguistic monolith.
5. What does an Englishman buy, when he buys what an American calls a "station wagon"?

Stationary cars are not station wagons. They become stationary when they don't move.
6. Which of these might, in New York, be an alternative term for what in England is usually called an estate agent?

A quantity surveyor is a person whose job it is to calculate the cost of the materials and work needed for future building work. Real estate agent is a very common synonym for realtor in USA.

Once again, in many cases AE speakers are not ignorant of the word BE speakers would use. They often even use the same word. But among Americans there happens to be an alternative the British are not as familiar with. And of course, it also works the other way round: many AE words ultimately end up as "frequently used in BE as well".
7. Whereas in England the English draw their curtains, in the U.S.A. (many) Americans draw their __________. What word completes the previous sentence correctly?

In American and Australian usage drapes are curtains made with thick cloth. Drapery is a collective noun for goods such as cloth and curtains,and does not suit the context here. In British usage the term curtains might be used for thick, as well as for thin curtains. Of course there are plenty of AE speakers who use the term curtains for whichever type of curtain, 'thick' or 'thin'.
8. Which of these words is the least likely to be used as an American equivalent of what an Englishman calls a dispensing chemist?

An Allen wrench or Allen key is a L-shaped metal tool with six sides that is used to turn a screw with a six-sided hole in the top. There is also the monkey wrench. Spanner is used in Australian English as well.
10. For an Englishman a restroom might be a room in a public building set aside for rest and quiet; for an American, however, the meaning that first jumps to mind could be: a room that is equipped with toilets and lavatories for public use.

Other terms: toilet; WC; lavatory. In UK the terms "Gents" and "Ladies", or "Public Conveniences" are quite current alternatives.
Source: Author flem-ish 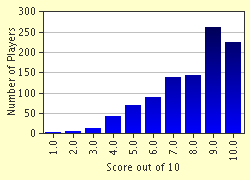