1940 in the USA was dotty at times, and could blow your wig, so let's take a gander at some of that decade's slang.

Quiz Answer Key and Fun Facts
1. The doorbell rings and Millie opens the door to see Harold grinning like a hepcat. "Gimme a buzz, angel cake," Harold says. Just what is it Harold wants?

While a 'buzz' was a kiss, 'buzz me' meant to call that person on the telephone.
2. After a quick buzz, Millie twirls around, showing off her new dress. Harold whistles, then says "What a dilly! You are togged to the bricks." What does Harold mean to say she is?

A dilly was another term for a pretty girl. A man who was dressed well could also be togged to the bricks, or groovy, righteous, or sharp.
3. "Let's make tracks," Harold says, handing Millie her sweater. Shrugging into her mohair sweater, Millie says "Hold a tick. Let me douse the glim." What did Millie want to do?


Answer: Turn off the light

The term 'lamp' meant 'to see', and a 'juice jerker' was an electrician.
4. "Say bunny boy, how about a fizz?" Millie asks. "Sure thing, fly chick," Harold replies, "I'm rolling in beans." Just what did Harold have?

'Dead president' meant money, a 'deece' was a dime and a 'dime note' was a ten dollar bill.
5. "This joint is so Fifth Avenue," Millie says, looking at the groovy mirror over the bar. "Hey apron," Harold calls, "gimme a fizz and a cow juice." Turning on his barstool he adds, "And crank up the piccolo." What is a piccolo?

The 1940s were considered the Jive generation. The jukeboxes played platters, which was slang for records.
6. With Doctor Sausage and his Five Porkchops playing the irresistible "Wham", Millie grabs Harold's hand. "This song sends me. It's a gasser. Let's jump!" Harold grins and jumps off his barstool. What are they going to do?

There were several terms for dancing and for dancers. A 'hop' was a dance, as was a 'truck', and a 'track' was a dance hall. A 'zeal girl' was a hot girl dancer, a 'hot hose' was a fast dancer, and a 'boogieman' was a jiving male.
7. "Phew," Harold says, swiping one hand down his face, "that was murder! I'm starved. How about you, duchess?" "I could bash," Millie says and waves at the apron. "Hey Pops, how about another fizz and cow juice, and some of your artillery?" When the food arrives, they dig right in. But into what?

'Bash' meant to overeat. And quite a few food-related words came from the military, such as 'chicken berries' for eggs, 'gaskets' for pancakes, and 'goldfish' for salmon.
8. "What's tickin' chicken," Harold asks, hooking elbows with Millie. "Ready to get back to the roost?" "Don't be a herkle," Millie says. "I'm nowhere near ready for nod. Let's dust this place and hit the crunchy." What's crunchy?

You could go 'gammin' on the pavement, also known as strutting, or you could 'drill' on the 'stroll' - walk on the street.
9. Strolling along the crunchy, the sunset turning the sky almost purple, Harold conks himself on the back of his head and says, "I just blew my think box." Millie laughs and says "Duck soup." Harold swings her around to head back the way they'd come. "Let's go get the percolator." What are they getting?

Another term for a car was 'rubber', and the slang term 'popsickle', which meant motorcycle, came from the military.
10. With Millie's head resting on his shoulder, Harold says, "As snazzy and rare as you look tonight, I'm taking you to see 'Citizen Kane' at the cinema." Millie squeals with delight, then sighs. "We'll never get in." "Gotcha there, Millie-filly. I know the stud with the ducks. We're going." What are ducks? 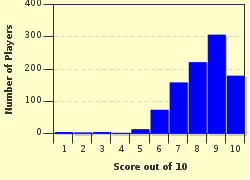