Quiz Answer Key and Fun Facts
1. My uncle Oscar told me that he had gotten into an altercation with a much bigger, meaner neighbor. I asked him what he did next and he told me that he took a powder. What did he mean?

Take a powder simply means to scram or leave. It may come from one of two sources, the most likely of which is from a magician's powder which makes things disappear. Less likely, the powder in question is a laxative. The term has been in use since the 1920s.
2. Nephew Casper was conversing with a friend and mentioned that he was going to a sock hop. Now, what is a hop?

A hop when referring to a dance would seem to be a fairly recent word. But, no, it's been in use since the 1700s, meaning a place where meaner people dance. By meaner one would assume "lower class". A sock hop is one where you have to remove your shoes and dance in your socks. Danny and the Juniors recorded "At the Hop" in the late 1950s.
3. My co-worker Quasar was trying to sell me a used barbecue. I asked if it was a good one and he said it was top shelf. Okay, obviously a good one! But where did the description originate?

The best spirits were always prominently displayed on the top shelf behind the bar. They were also the costliest.
4. Cousin Ralph is a tree hugger. What's a tree hugger?

Tree hugger is a fairly recent addition to the language and is used to describe one who is concerned with keeping existing forests and wetlands as pristine as possible. The term is used mostly in a derogatory sense.
5. I was describing my somewhat grandiose plans for the future when my brother Meadelow told me to get real. What was he saying?


Answer: that I should stop day dreaming

This term was popular among young people, especially in the U.S., in the 1960s and 70s. Its origins are much older, dating from the 1840s, and meaning 'real' in a genuine, unaffected sense.
6. Uncle Ablemarle was told by a friend to get off his high horse. What was he doing to rate this comment?


Answer: acting superior to others

This is an old Middle English term, dating from the 1400's. Its definition is to affect airs of superiority. A saw horse is a four legged brace used by carpenters when working with wood.
7. I bought a new pair of brogans. How am I going to use them?


Answer: on my feet, they're shoes

Brogans are a type of coarse shoe. The term comes from the Gaelic "Brog", first mentioned in writings in the 1840s.
8. Brother Wilhelm was going to spend the money to buy a new car, then got cold feet. What happened?


Answer: he decided not to buy the car

To get cold feet means to reconsider one's decision due to feelings of anxiety.
9. My nephew Ichabod was polishing Aunt Martha's furniture and she told him to apply a little elbow grease. What's elbow grease?


Answer: a little extra effort used in completing a physical task done with the hands

The term elbow grease comes to us from 1670 England. In a jocular sense it is the best substance with which to accomplish a tiresome physical task.
10. After this quiz, I am going to throw in the towel. What am I going to do?

Throw in the towel comes from the sport of prize fighting. In the 1860s when the sport became popular it was common practice for those in a fighter's corner to throw a towel into the ring when they thought that their man had had enough. An 'I surrender' signal, if you will.
Source: Author Pick61 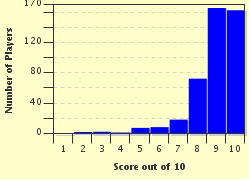