Do You Know Pittsburghese? Trivia Quiz

People in Pittsburgh, Pennsylvania (US) have a unique dialect known as Pittsburghese. See if you can understand what these Pittsburghers are saying!

Quiz Answer Key and Fun Facts
1. What is one of the plurals of "you" in Pittsburgh?

"Yunz", or "yinz" is one of the most common Pittsburghese words. Many people cringe when they hear this word that they consider to be gramatically incorrect. Most dialects have their own plural of the word "you": y'all, you all, youse, to name a few. In the northern parts of Pennsylvania you'll hear "youse" a lot. "Y'all", of course, is common from West Virginia on down.
2. If someone gave you a hoagie in Pittsburgh, what would you do with it?

A hoagie is a type of sandwich (or "sammitch", as we say) that is known elsewhere as a submarine sandwich, sub, torpedo, or poor boy. I have found "sub" to be the most universally acceptable of these terms, as everyone seems to recognize the submarine shape. A hoagie or sammitch may contain jumbo, which other folks call "bologna".
3. Frank the Pittsburgher says, "Shaddap, I'm watchin' the Stillers on TV". What is Frank watching?

The Steelers, or "Stillers", are Pittsburgh's National Football League team. Their colors are black and gold, which are also the colors of the Pirates (baseball) and Penguins (hockey). You'll see black and gold a lot around the Burgh, as we have a lot of sports fanatics. All of these three teams have won a championship at least once. Pittsburgh is known as the Steel City for its (mostly defunct) steel mills (or still mills).

Besides the Stillers, we have the Still Phantom (now the Phantom's Revenge) at Kennywood Park, which for a time held the record for the world's fastest roller coaster!
4. For which of these reasons is a Pittsburgher most likely to redd up?

To redd (or red) up is to do some quick cleaning or straightening of your abode, as you would do when comp'ny ("company" in other places) is coming. To redd up, you might take out the garbitch, warsh the dishes annat. "Annat"- "and that"- is Pittsburghese for "et cetera".
5. What do Pittsburghers do in a laundrymat?

A laundrymat, referred to as a "laundromat" in other places, is a place in which you can clean and dry your clothes in coin-operated machines. In Pittsburgh, we pronounce this "warshing". When we take a shower, we use a warshrag.
6. If a Pittsburgher says she is going to Sliberty, where is she going?


Answer: a section of town

East Liberty, or "Sliberty", is a section of Pittsburgh east of downtown ("dahntahn"). One of the most famous sections of the city is Mt. Warshington, a hilltop overlooking the river from where most of the photos of the city are taken. There's a suburb of Pittsburgh called Turtle Creek (pronounced "crick").
7. Where would you be most likely to find a gumband?

A gumband, called a "rubber band" in other places, is a rubber ring used to wrap things like newspapers.
8. Marge the Pittsburgher is nebby. That means she's most likely to...

"Nebby" means nosy or prying. The verb form of this is "to neb". When I come home from the store, my bulldog Snoopy has to neb in all of the bags. If you call someone a "neb nose", it means they're nebby. "Mind your own business, neb nose!"
9. What would a Pittsburgher do in a liberry?

A liberry, called "library" everywhere else, is a facility from which you can borrow books. The biggest liberry in Pittsburgh is the Carnegie Liberry, located in Oakland. Check out the Carnegie Liberry's website guide to Pittsburghese: http://www.clpgh.org/subject/pgh/pittsburghese.html
10. Which of these is the best response to the question "Jew eat?"?

Translated, this would mean "Did you eat?" Pittsburgh is noted for its many ethnic foods- besides hoagies, we have pierogies (Polish), pigs in the blanket (stuffed cabbage- Hungarian), and my favorite, sketties (spaghetti). Hope yunz enjoyed the quiz!
Source: Author bullymom 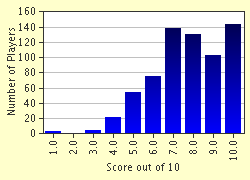