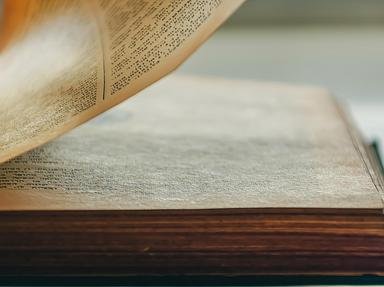 The first Wimsey novel "Whose Body?" was published in 1923. In this book, Lord Peter seems a bit of a caricature, with lots of mannerisms (and the mystery isn't one of the most plausible ever written). However, it's still quite a good read.
2. Several of the books feature Miss Climpson and her female detective agency. What is Peter's nickname for the outfit?

"Unnatural Death" is the novel that introduces the reader to the irrepressible Miss Climpson and the girls of The Cattery.
Lord Peter is the agency's patron.
3. Which real-life Oxford college does Dorothy Sayers have Peter Wimsey attend in his student days?

Balliol is the oldest of the numerous colleges that make up Oxford University. It was formed in the mid-13th century and is named after Lord John Balliol (who died in 1269).
4. What (this time fictional) Oxford college did Harriet Vane attend as a student?

The novel "Gaudy Night" centres around Harriet's return to the college for a reunion. As nightmare-ish goings on take place throughout the novel, Miss Sayers is keen to reassure her readers that "Shrewsbury College, with its dons, students and scouts, is entirely imaginary." [Quote taken from "Gaudy Night - Author's Note"]
5. Can you recall the title inherited by Peter's elder brother Gerald?


Answer: The Duke of Denver

Peter's brother (and his wife Helen) are mentioned in most of the novels, but they are very much minor characters. Gerald does, however, have his moment in the spotlight in "Clouds of Witness" where he is accused of murder! At such times, it's handy to have a crime-solving brother.
6. In which of the novels does Lord Peter get shot in the left shoulder - which causes him to hit his head, pass out, then wake up in the Charing Cross Hospital?

The assailant was the unsavoury and radical Mr Goyles, a frequenter of "The Soviet Club".
7. Most of the action in "Busman's Honeymoon" takes place in the cottage Peter buys for Harriet. Can you recall its name?

Talboys is a charming Elizabethan farmhouse located near Harriet's childhood home, and she has always had a hankering to buy the place. Once there, the Wimseys' initial stay turns out to be a far from relaxing experience.
8. In which novel does Peter play cricket on behalf of the firm owned by a Mr. Pym?

The firm is of course "Pym's Publicity". Peter is incognito and tries to give a deliberately mediocre performance to avoid drawing attention to himself. However, his cover is blown when an old cricket fan becomes convinced he is watching none other than Wimsey of Balliol (who played for Oxford at Lords in 1911).
9. There are no prizes for recalling the surname of Lord Peter's valet and faithful companion. (It is of course - Bunter!). However, can you remember his Christian name?

As a butler and valet, Mervyn Bunter is able to guess what you want even before you've thought to ask for it! Meticulous in his preparations, he is an absolute marvel. What would Peter do without him?
10. At the start of the fourth Wimsey novel "The Unpleasantness at the Bellona Club", old Fentiman is found dead in an armchair. What is his military rank?

The Bellona Club is a typical stuffy old gentleman's club that hasn't seen innovation in decades. My favourite line comes near the beginning.

When the old soldier is found dead in an armchair at the club, his grandson hysterically rants: "We're all dead and we never noticed it!"
11. There is a cast of regular characters in the novels such as old Murbles the solicitor and the newspaper hack "Salcombe Hardy." Top of the list must be Charles the police inspector (who marries Peter's sister Mary). What is his surname?

Lestrade is (of course) the Scotland Yard man most associated with Sherlock Holmes, whilst Inspector Gideon is a character created by John Creasey. Sugg is a Lestrade-like Sayers creation who features in "Whose Body?". He was not destined to become a fixture like Inspector (later Chief-Inspector) Parker, who rapidly became an indispensable component of the series.
12. In which of the books does Peter first meet Harriet Vane, the woman destined to become his wife?

When it comes to romance, the circumstances surrounding "Strong Poison" do not give our couple an ideal start. Harriet Vane is on trial for murder at the time!
13. In "The Nine Tailors" who (or what) are Dimity, Batty Thomas, and Tailor Paul?

Bells and bell-ringing form the backdrop to this novel (with even the chapter headings alluding to the ancient art of change-ringing).
14. One of the Wimsey novels has the alternative title "The Dawson Pedigree". Can you select the right one?

"Unnatural Death" is an intriguing mystery novel. As stated elsewhere, it is the one that introduces us to Miss Climpson, who is a brilliantly drawn Marple-esque character created by Dorothy L. Sayers. (This book is one of my very favourite novels in the series.)
15. Which of the following is NOT a location found in "The Five Red Herrings"?

"Windle" is the odd one out. as it's a location in the book "Strong Poison". The others are all indeed found in "The Five Red Herrings".
16. Of the following hobbies, which do we most associate with Bunter?

Bunter's interest in photography is featured time and time again in the novels (not least due to the contribution it makes to crime solving.)

Collecting rare books and playing cricket are of course two of Lord Peter's hobbies, whilst (the somewhat more unusual) pastime of reading theological texts is the penchant of Inspector Parker.
17. A character in the novel "Murder Must Advertise", can you name the young socialite who is bewitched by the mysterious Harlequin?

Leila Garland appears in "Have His Carcase", Christine Levy features in "Whose Body?", and Hilary Thorpe is a character from "The Nine Tailors".
18. What is the name of the sleuth in Harriet Vane's own detective novels?

Harriet is often wrestling with plot points, character sketches, and possible clues for her crime fiction. One can imagine Dorothy Sayers musing over the very same issues as she strolled across The Fens many years ago.
19. Lord Peter Wimsey has two very unusual middle names. One is "Bredon". Can you correctly choose the other?

The name "Death" is (believe it or not) a real name - and not purely an invention of Dorothy Sayers. Thankfully it can be pronounced de-ATH.
20. "Thrones, Dominations" is a more recent addition to the Wimsey series of novels (the 12th), and is set after the events depicted in "Busman's Honeymoon". Left unfinished by Dorothy Sayers, which other crime author completed the novel?

"Thrones, Dominations" was first published 1998. Since then, Jill Paton Walsh has gone on to pen another Wimsey novel entitled "A Presumption of Death". I'm sure the books are fine. However, (personally speaking) I don't think anything can compare with the novels written by the maestro herself - the great and immortal Dorothy L. Sayers!
Source: Author quizman777 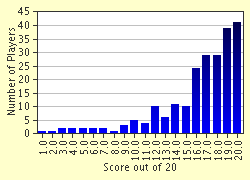 
Other Destinations
Explore Other Quizzes by quizman777