Holes Quiz Challenge - How Much Do You Know? | Movies

Do you know everything about "Holes"? Find out here!

In the book, Stanley's character was overweight. They left that out in the movie because they didn't want to overwork Shia. Stanley's nickname is Caveman.
2. Who played Hector Zeroni?

Hector's nickname is Zero. Hector doesn't know how to read, so Stanley teaches him how to read. Zero doesn't talk much at camp because he doesn't like answering stupid questions.
3. What is X-Ray's real name?

X-Ray is played by Brenden Jefferson. X-Ray wears glasses, because he can't see very well. X-Ray is Pig Latin for Rex.
4. Why is Hector's nickname Zero?


Answer: No one thinks anything is in his head

Mr. Pendanski gave him that nickname because he doesn't think Zero has anything in his head. Zero doesn't talk much, so when people ask him questions, he doesnt answer them. Mr. Pendanski is the counselor for D-Tent. The boys in D-Tent call him mom.
5. Who is the first person Zero talks to?

Zero asked Stanley a question about the shoes that Stanley was accused of stealing. When Zero said that, everyone in D-Tent stared at him. They asked him what else he had in his head.
6. How many people are in D-tent?

D-tent is the tent that Zero, Caveman, Magnet, Armpit, X-Ray, Squid, and ZigZag are assigned to. When Zero runs away, Twitch comes over and takes his place.
7. What is Squid's real name?

Squid is played by Jake M. Smith.
8. Who replaced Zero when he ran away from camp?

A little while after he ran away from camp, Caveman ran away, too. Caveman ran away to find Zero because he was worried about him. He tried to take the water truck, but he crashed it into a hole.
9. What is the name of the Camp?

There used to be a lake where the camp now is. It was so hot, the lake dried up.
10. What name was on the boat Stanley found Zero under? 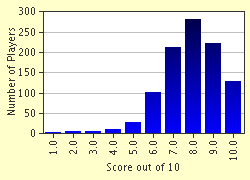 
Other Destinations
Explore Other Quizzes by actbcfmb22