This is a quiz all about X-ray in the movie "Holes". Have fun taking this quiz!


Answer: Hey Mom, who's the neanderthal?

X-ray likes to call Stanley a 'neanderthal' a lot!
2. Why did X-ray take Stanley's bread in one of the first scenes?


Answer: Stanley didn't dig that day, so he wouldn't mind giving it up

X-ray often puts Stanley down in everything Stanley does.
3. Magnet claims X-ray's shovel is the shortest one. What else makes it different?


Answer: it has an orange band around it.

X-ray is getting it easy, because he has a shorter shovel.
4. How long had X-ray been at Camp Green Lake when Stanley got there?

X-ray was probably one of the kids that was there the longest during the movie.
5. After Armpit makes a remark about having to build an ark, X-ray then mentions three kinds of animals they would have to take on the ark. What three animals were they?"

Armpit had great expectations of it raining.
6. Squid looks up to X-ray.

It seems that X-ray is Squid's favorite d-tent boy.
7. In the scene near the end where it's raining, what is X-ray's last line to Stanley?


Answer: Hold on for me.

X-ray softens up to Stanley at the end of the movie.
8. What color is X-ray's towel in the last scene?

You can see this when they are watching the commercial for Sploosh.
9. What color of tank top does X-ray always wear?

X-ray has this shirt on almost the whole time during the movie.
10. X-ray was one of the first boys in d-tent that Stanley met. 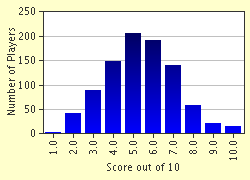 
Other Destinations
Explore Other Quizzes by ReallyBadEggs