How much do you know about Holes? | Quiz

This is about the movie 'Holes'. Good luck!

Quiz Answer Key and Fun Facts
1. What was Stanley drinking when his Grandfather told the story of his no good dirty rotten pig stealing great great grandfather?

When Stanley is digging he has flashbacks of when his Grandfather was telling him stories of his relatives.
2. In the beginning of the movie when Stanley had to dig the holes five feet deep and five feet wide, what did Mr. Sir say was his tool to measure the holes?

Mr. Sir is telling him what he is required to do at Camp Green Lake.
3. How many spots do the yellow spotted lizards have?

Stanley drives the truck into a hole by accident even though he was trying to get the truck to Zero.
5. What is Zero's real name?

Zero doesn't know how to read but generally he is a smart kid. His full name is Hector Zeroni.
6. What did Zero call the jar of spiced peaches?

Later on in the movie, when Stanley's father makes the special formula for the non-stinkiness of shoes, he calls the formula sploosh.
7. What did Stanley think he found in his hole the first time?

Stanley found a fossil in his hole, but it was nothing special.
8. Was Zero in Camp Green Lake for murder?

Zero stole Sweet Feets shoes that he donated. Then he threw them off a bridge then he ended up stealing new shoes from a Payless.
9. Do Caveman and Zero run away at the same time?

No, they don't - Stanley runs away after Zero does.
10. Does Hector end up meeting his mother in the end? 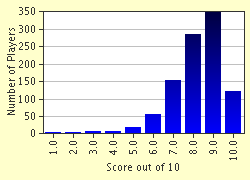 
Other Destinations
Explore Other Quizzes by GameQueen00