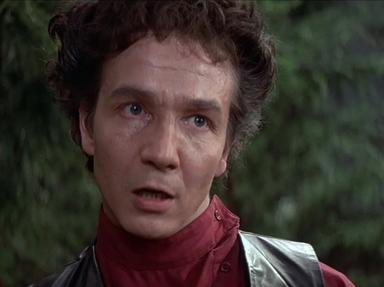 007 is known for his witty one-liners but he doesn't get all the best lines. See how many of these lines from Bond films you can spot.

Quiz Answer Key and Fun Facts
1. In which film would you hear this quote?
Woman: "You're all wet."
Bond: "Yes, but my martini's still dry."

The woman in this conversation was Fatima Blush played by Barbara Carrera. "Never Say Never Again" was not an official James Bond film. Apart from Sean Connery, it doesn't feature any of the regular cast and it doesn't have the James Bond theme or the gun barrel opening title.
2. This is my favourite line from a Bond movie, which film is it from?
Bond: "Do you expect me to talk?"
Baddie: "No, Mr Bond, I expect you to die."

Bond was strapped to a table made of gold with an industrial laser inching towards his privates! The baddie forcing him to endure this torture was Auric Goldfinger.
3. In which film would you hear this introduction?
Plenty: "I'm Plenty."
Bond: "But of course you are."
Plenty: "Plenty O'Toole."
Bond: "Named after your father perhaps."

Plenty O'Toole must be one of the best names for any woman in the whole Bond series. She ended up being thrown from Bond's hotel balcony by some hoodlums.
4. In which film would you hear this question?
"What are you boy, some kind of doomsday machine?"

The line was said by Sheriff J. W. Pepper who was exasperated by Bond and some baddies chasing around his bayou in high-powered speedboats.
5. In which film would you hear this exchange?
Woman: "Are you looking for shells?"
Bond: "No, I'm just looking."

The woman in the quote was Honey Ryder who defined the style of the Bond movies with her bikini-clad walk from the sea.
6. Passwords are a regular feature of spy movies but they don't appear very often in the Bond series. In which film would you hear this secret code?
Man 1: "Do you have a match?"
Man 2: "I use a lighter."
Man 1: "Better still."
Man 2: "Until they go wrong."


Answer: From Russia With Love

Bond uses this code to identify his contacts in Eastern Europe but it is stolen by 'Red' Grant and he uses it to impersonate a secret service officer.
7. In which film is Bond threatened like this?
Baddie: "It won't be the nicotine that kills you Mr. Bond."

This comment was made by Ernst Stavro Blofeld. Bond asks if he can smoke but he has a trick cigarette that fires a tiny rocket.
8. This is a tough one. In which film is Bond heard to say this line?
Bond: "Where's the kickstarter?"

Bond is at a health farm and straddles an orthapaedic couch as if he were sat on a motorbike.
9. Which Bond actor says this line in one of his first scenes in his first movie?
Bond: "This never happened to the other fellow."

Lazenby (in "On Her Majesty's Secret Service") had failed to get the girl before he made this comment to camera.
10. In which film is Bond complemented on his dice skills in the following way?
Woman: "You handle those cubes like a monkey handles coconuts."

The woman playing the complement was Plenty O'Toole, played by Lana Wood. In "Diamonds Are Forever", Bond plays craps in a Las Vegas casino. The only other time I remember him using dice is when he plays backgammon in Octopussy.
11. In which film does the baddie give this instruction to the servant of a recently murdered business man?
Baddie: "He always did like that mausoleum. Put him in it."


Answer: The Man With The Golden Gun

The baddie in question was Francisco Scaramanga. He'd just killed his oriental colleague Hi Fat in order to take control of Fat's considerable estate.
12. When Bond asks M to accept his resignation from the service he receives the following terse reply?
M: "We're not a country club, 007." In which film does this happen?

"Licence To Kill" was originally to be called "Licence Revoked" but that name was unpopular with American audiences so it was changed at the last minute.
13. Bond's scenes with Q are one of the trademarks of the series. In which film would you hear this exchange?
Bond: "Having trouble keeping it up, Q?
Q: "Experimental model."

Bond and Q were in India at the time and Bond was referring to device that mimicked the famous Indian Rope Trick by rising straight up without any obvious means of support.
14. In which film does Bond go into a confessional box and take part in the following exchange?
Bond: "Forgive me Father for I have sinned."
Father: "That's putting it mildly, 007."


Answer: For Your Eyes Only

The priest in this scene is being impersonated by Q.
15. In which film does Bond have the following conversation with a baddie?
Baddie: "Why did you break off the encounter with my pet python?"
Bond: "I discovered he had a crush on me."

The baddie in question was Hugo Drax and the conversation took place in his rain-forest hideout.
16. In which film does M deliver this cutting remark to a member of staff?
M: "If I want sarcasm, I'll talk to my children."

M is reprimanding Bill Tanner, her Chief-of-Staff who is played by Michael Kitchen.
17. In which film does Bond make this remark when he sees a baddie for the first time in quite a while.
Bond: "I've missed your sparkling personality."

A pun is intended because the baddie in question is Zao and he has diamonds embedded in his face.
18. In which film does a CIA agent say this line upon meeting Bond?
Agent: "The face is familiar, as is the manner."

The CIA agent in question is Dr Holly Goodhead and the meeting takes place in Rio.
19. In which film does Bond say this after punching a baddie?
Bond: "That gorilla must get his teeth fixed by a riveter."


Answer: The Spy Who Loved Me

The "gorilla" in question is, of course, Jaws played by Richard Kiel, in "The Spy Who Loved Me", and "Moonraker".
20. In which film do we hear a parrot called Max repeat the following line?
Max: "ATAC to St Cyrils."


Answer: For Your Eyes Only

The parrot is owned by Marina Havelock and he is crucial to helping Bond save the world (again!).
21. In which film is Bond asked the following question?
Woman: "Tell me James, do you still sleep with a gun under your pillow?"

The question is asked by Paris Carver, who is an old flame of 007's.
22. In which film does Bond introduce himself in the following way?
Bond: "James Bond, stiff assed Brit."

Bond is meeting Jack Wade from the CIA.
23. In which film does one of the baddies live by the following motto?
Baddie: "There's no point in living if you can't feel alive."


Answer: The World Is Not Enough

The baddie in question is Elektra King.
24. Which film does the following line come from?
Baddie: "Look after Mr Bond, see that some harm comes to him."

The line is spoken by Hugo Drax. He's giving an instruction to his henchman.
25. A famous line from the end of one of the films, but which one?
Bond is caught, by the Minister of Defence, in flagrante with a female Russian agent.
Minister: "Bond, what do you think you're doing?"
Bond: "Keeping the British end up, Sir."


Answer: The Spy Who Loved Me

The Minister of Defence is accompanied by M, Q and General Gogol, the head of the Russian secret service.
Source: Author lincolnshep 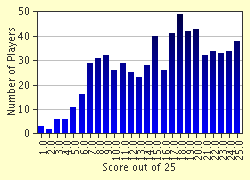 Referenced Topics
Movies   For Children   General   World   Bond Quotes   GoldenEye   Sean Connery   Goldfinger   Bond Actors   Dr. No   The World Is Not Enough   Diamonds Are Forever   Thunderball   Licence to Kill   The Man With the Golden Gun   Moonraker   For Your Eyes Only   Live And Let Die   From Russia With Love   Die Another Day


Other Destinations
Explore Other Quizzes by lincolnshep