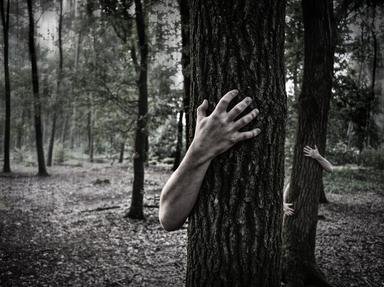 I just love creature features! From Frankenstein to Dracula to the sweet little birdies in that Hitchcock flick, this type of movie has always terrified me. Can you guess my favourites?

Quiz Answer Key and Fun Facts
1. This classic was filmed in 1931, was directed by James Whale and features the classic line: "It's alive, it's alive!"

The star of the film, Boris Karloff, had the unlikely real name of William Pratt.
2. The title of this 1922 vampire flick comes from a Slavic word meaing "Plague Bringer" and still has the ability to chill.

Max Schreck was so convincing in his role that rumours grew that he was a real vampire! He was also the subject of the recent film "Shadow of the Vampire".
3. The original film was filmed in 1931 and spawned countless features, even one featuring funny-man Leslie Nielsen.

Bram Stoker's novel was published in 1897 and the novelist himself developed it as a play which was never produced.
4. Boris Karloff starred in this film in 1932 and South African-born Arnold Vosloo recently reprised the role to great effect.

The 1932 original was a mix of German Horror and Hollywood Thriller.
5. The original, filmed in 1942, is vastly superior to the 1982 version featuring Nastassja Kinski.

The female lead, Simone Simon, was born in Béthune in Calais, France.
6. This movie, filmed in 1957, features Dana Andrews and was directed by Jacques Tourneur.


Answer: Night of the Demon

This movie is great until the demon is shown.
7. A Hitchcock film which was based on a short story by Daphne Du Maurier.

Did you know that the words "The End" never appear on screen at the end of this movie?
8. This 1968 classic was directed by George A. Romero on a shoe-string budget.


Answer: Night of the Living Dead

The scariest scene in this movie is when the black male lead is murdered by red-necks who aren't zombies.
9. This Joe Dante flick was filmed in 1980 and featured Dee Wallace as the female lead.

The incredible mutation effects were achieved by Rob Bottin.
10. Antonio Banderas and Stephen Rea star in a film based on an Anne Rice novel.


Answer: Interview with the Vampire

River Phoenix was originally cast as the interviewer but after he died tragically, Christian Slater stepped in to take the role.
Source: Author nimaine 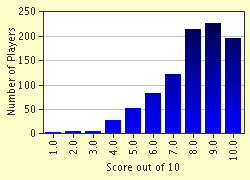 Related Quizzes
1. A Bucket of Blood Average
2. Random Horror Average
3. Horror Haikus Average
4. Horror Mix Be the Fix! Average
5. How to Write a Horror Movie Average
6. Do You Know Where Your Children Are? Average
7. Horror Haikus [2] Average
8. So You Find Yourself in a Horror Film... Easier
9. Horror Movie Subtitles: Third Time's A Charm Average
10. Horror Scope Average
11. Horror for the Holidays Average
12. Quiet and Light Through Dark of Night Easier


Other Destinations
Explore Other Quizzes by nimaine