This is a quiz about people, both in and out of the band, who have written songs for Aerosmith.

"Sweet Emotion" appeared on 1975's "Toy's In The Attic".
2. Which song writer wrote "Angel" and "Dude (Looks Like A Lady)", among other songs, with Steven Tyler and Joe Perry?

Desmond cowrote many of the band's hit songs that returned them to stardom.
3. What was the first song Steven Tyler & Joe Perry wrote together?

"Movin' Out" appeared on 1973's "Aerosmith".
4. What was the first cover song that appeared on an Aerosmith album?

"Rag Doll" was originally titled "Rag Time".
6. Which band member came up with the guitar lick for "Permanent Vacation"? 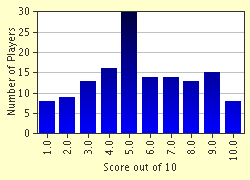 
Other Destinations
Explore Other Quizzes by mamakin72