How much do you know about Backstreet Boys? | Quiz

The Backstreet Boys are my all time favorite band! I hope you enjoy my quiz.

Quiz Answer Key and Fun Facts
1. On their Disney Channel "In-Concert" Special, what other band did they play with?


Answer: No one - they had the stage all to themselves

They opened with "Larger Than Life" at this concert.
2. What year was Nick born?

He was born in Jamestown, New York.
3. What talk show had the Backstreet Boys on, to kick off their summer concert tour in 2005?

It started to rain, but most of the fans stayed and supported the guys.
4. In the "As Long As You Love Me" music video pictures, who didn't get a picture of himself against a wall because they ran out of time?

These pictures made the guys look really serious.
5. On the BSB website, who had their own "corner" first?

You can see the whole thing if you become a Weird World member.
6. What is Brian's oldest son's name?

He mentions him in his thank yous in "Never Gone."
7. What day did "Never Gone" come out?


Answer: I Want It That Way

In 2005, the Backstreet Boys went on their Weird World Tour.
10. What "Millennium" song has the words, "eyes of stone observe the trends?"


Answer: Show Me The Meaning of Being Lonely 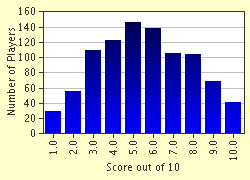 
Other Destinations
Explore Other Quizzes by tigger13757