This is a biographical quiz about Bob Dylan and "the could-be dream lover of his life-time," Suze Rotolo.

Share on Facebook
Share on Twitter
Share by E-Mail
Author
CoCoB
Time
5 mins
Type
Multiple Choice
Quiz #
197,665
Updated
Dec 03 21
# Qns
20
Difficulty
Tough
Avg Score
10 / 20
Plays
544
This quiz has 2 formats: you can play it as a or as shown below.
Scroll down to the bottom for the answer key.

Quiz Answer Key and Fun Facts
1. What was the date of Bob and Suze's first meeting?

Suze saw Bob perform: it was his first paid gig.
2. Where was Bob and Suze's first meeting?

Bob first met Suze's sister, but took a greater liking to Suze.
3. Where does Suze say she "really got to know" Bob?

According to Bob in "Chronicles Vol. 1" he could not stop thinking about Suze after the first time they met and was glad to run into her again.
4. In which month did Bob and Suze start dating?

"For her parasite sister I had no respect, bound by her boredom her pride to protect." --"Ballad in Plain D"
7. What is Suze's mother's name?

A fight Bob had with Mary was a contributing factor to Bob and Suze's break-up.
8. What is Suze's real name?

In "Chronicles Vol. 1" Bob explains how "Suze" is pronounced. Phonetically, it is "Sue-zee."
9. Where did Bob and Suze live together?

Bob also has a song called "Positively 4th Street" but there are no reports that the song is about Suze.
10. For what civil rights organization did Suze volunteer?

CORE stands for Congress on Racial Equality. Suze volunteered with her family. Suze is credited with getting Bob into the protest/civil rights movement.
11. What is Suze's profession?

It is said that Suze and Bob influenced/inspired each other in their respective crafts.
12. To what country did Suze go while she and Bob were dating?

Bob wrote several songs about Suze while she was away including "One Too Many Mornings" and "Boots of Spanish Leather." Other songs about Suze include "I Don't Believe You: She Acts Like We Never Have Met" and "Don't Think Twice, It's All Right." Suze was gone for six months.
13. What is the name of the man Suze met while she was in the country she went to while she and Bob were dating?

Suze and Enzo ended up getting married.
14. Who did Bob cheat on Suze with?

Sarah Lowndes was Bob's first wife, Carolyn Dennis was his second. Bob and Joan were known as the King and Queen of Folk music.
15. To what city did Bob and Suze go to have their first Thanksgiving dinner together?

Suze and Bob went to the home of the MacKenzies.
16. Which of the following songs is not about Suze?


Answer: Girl from the North Country

"Girl from the North Country" is about Bonnie Beecher.
17. Suze is on the cover of which of Bob's albums?

"Another Side of Bob Dylan" has multiple songs about Suze on it, but she is on the cover of "Freewheelin'." The woman on the cover of "Bringing it All Back Home" is the wife of Bob's manager.
18. According to an interview Bob Dylan gave, what is the one song about Suze that he regrets releasing?

As reported in "Isis" Magazine, "Ballad in Plain D" is about Bob and Suze's break-up, in which he reveals personal details about the two of them and is highly insulting to Suze's family. "Suze (the cough song)" is instrumental and "Positively 4th Street" and "It Ain't Me Babe" are not known to be about Suze.
19. What year did Bob and Suze break up?

They broke up after she returned from her trip from Italy. Briefly after their break up there was a failed attempt at reconciliation.
20. At what college has Suze taught?

Suze has been a professor of art at Parsons School of Design in New York.
Source: Author CoCoB 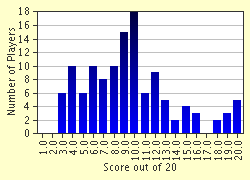 
Other Destinations
Explore Other Quizzes by CoCoB