Madonna reached the number one spot on the Billboard Hot 100 in 1984 for the first time. Between 1984-2016 she released twelve number ones. Here are ten of them. How well do you know them?

Quiz Answer Key and Fun Facts
1. Madonna's first number one US Billboard Hot 100 single was a track off of an album of the same name. What song was her first number one?

While the other three songs were popular in Madonna's early years, none of them would reach the number one spot. "Like A Virgin" was released on October 31, 1984 off of her second album "Like A Virgin". It would spend one week at the number one spot that year. Various cover versions of the song have been released over the years including recordings by Teenage Fanclub, The Lords of the New Church, and The Meat Purveyors. Weird Al Yankovic recorded a parody in 1985 called "Like A Surgeon".
2. "Crazy For You" was Madonna's second number one US Billboard Hot 100 charting song and was the first single released from the soundtrack of a coming of age drama about a high school wrestler played by actor Matthew Modine. What movie was soundtrack from?

"Crazy For You" would sit at the top of the US Billboard Hot 100 for one week in 1985. It was released solely as a single for the soundtrack "Vision Quest" and not on a Madonna album until she released her "Immaculate Collection" in 1990. The song is a ballad about the sexual desires of two lovers. Keith Caulfield of Billboard once referred to the song as "perhaps the ultimate slow song".
3. "Live To Tell" was the first of three US Billboard Hot 100 number one songs off of the "True Blue" album released in 1986. The song was used in the film "At Close Range" starring what actor who was her husband at the time?

"Live To Tell" is a tale of deceit, heartbreak, and abusive childhood. In interviews, Madonna has stated that she thought about the relationship she had with her parents while writing the song and situations of lying and mistrust between them. At the time of the song, she was recently married to Sean Penn, a marriage that would last until 1989. Ironically, many of the issues outlined in the song were experienced during her relationship with Penn.
4. "Papa Don't Preach" went to number one on the US Billboard Hot 100 but not without issue. Who did Madonna dedicate the song to that stirred up controversy in 1987?

"Papa Don't Preach" went to number one in mid-1986 and spent one week at the top. It dealt with controversial issues such as teen pregnancy and abortion. During Madonna's Who's That Girl World Tour, she dedicated the song to Pope John Paul II after he tried to urge Italian fans to boycott her tour (due to many religious issues associated with her music).

This dedication caused her first conflict with the Vatican and the Catholic Church. Due to its subject matter, it also caused conflict with many pro-life groups as well.
5. "Open Your Heart" was the final US Billboard Hot 100 number one song released from the "True Blue" album spending one week at the top, the week of February 7, 1987. What New Jersey band took over the number one spot the following week?

"Open Your Heart" was Madonna's fifth number one charting song on the US Billboard charts. The video for the song was both praised and criticized. In particular, critics were put off by the fact that a child was seen entering a strip club at the end of the video.

At the same time, it was praised for its subversiveness towards men who were unable to "voyeuristic-ally gaze" during a peep show performance (ultimately empowering women). The song would spend one week in the number one spot being bumped out by Bon Jovi's "Livin' On A Prayer" (their second number one hit).
6. "Who's That Girl" was the first US Billboard Hot 100 number one Madonna song to use what foreign language in its lyrics?

In 1987, "La Isla Bonita" would reach number four on the Billboard Hot 100 and was her first successful song incorporating Spanish culture. "Who's That Girl" would top this peaking at number one later that year. It would be one of two songs to peak in the Top 10 from the "Who's That Girl" album; the other being "Causing A Commotion" peaking at number two. The music video portrays Madonna wearing a Spanish hat and bolero jacket further demonstrating her fascination for Spanish culture.

Madonna wanted to launch "Like A Prayer" prior to its actual release by using a commercial (the first time this had been done in the music industry). The commercial was shown during the Grammy Awards and during an episode of "The Cosby Show". The day after the commercial was premiered, the music video was released on MTV.

As Madonna was not one to shy away from controversy, the Vatican immediately protested the video suggesting blasphemy. Pepsi would eventually cancel their campaign after many protests were put forth.
8. Which of the following songs became Madonna's first US Billboard Hot 100 number one single of the 1990s?

"Vogue" went to number one the week of May 19, 1990. It would be very successful spending three weeks at this spot and winning many awards that year. It would be nominated for nine awards at the MTV Music Video Awards winning three awards, won two Rolling Stone Awards, one American Music Award, and a Juno Award.
9. "Justify My Love" was originally written by Ingrid Chavez and what popular "American Woman" singer who she eventually sued because she was not credited for her work?

"Justify My Love" peaked at the number one spot on the US Billboard Hot 100 the week of January 5, 1991 and spent two weeks at this spot. Once again, Madonna sparked controversy with the music video of the song as it contained images of sadomasochism and bisexuality. For the writing credits, Ingrid Chavez was given an undisclosed settlement out of court after suing Lenny Kravitz as she was not given credit as a co-writer of the song.
10. What Madonna US Billboard Hot 100 number one song was popularized after its release in a movie that Madonna herself acted in and contains the famous line "there's no crying in baseball"?


Answer: This Used To Be My Playground

"This Used To Be My Playground" was used on the soundtrack to the movie "A League of Their Own" starring Tom Hanks. Madonna had a role in the film as a member of a baseball team. It would spend one week at number one the week of August 8, 1992 and was bumped out of the spot by Boyz II Men's "End of the Road", the eventual Song of the Year.
Source: Author apathy100 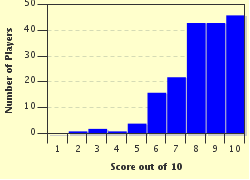