Calling all popular music fans, do you think you have what it takes to reign supreme in the quiz stakes? Try this Madonna quiz and find out if you've got what it takes...

Quiz Answer Key and Fun Facts
1. From which early, lesser-known Madonna track is this line taken: 'Walking down a crowded avenue'?

This early, often forgotten Madonna track is from the 'Like a Virgin' album - the album which launched Madonna.
2. Which of the following lines has been taken from the 1991 song 'Rescue Me'?


Answer: 'I believe in the power of love'

Although this song was originaly included on the 'Immaculate Collection' album, Madonna never made a music video to accompany the track when it was released as a single - therefore it has never been one of her most famous songs. It was very popular in clubs, however, mainly due to the song's thumping bassline.
3. 'This masquerade is getting older' is a line included in which famous Madonna ballad?

'Take a Bow' is a melancholy ballad about the pressures of fame. Released in 1994, it was number 1 on the Billboard chart in America for many weeks.
4. Featured on the controversial Blond Ambition Tour: 'Vogue' is one of Madonna's most famous songs; which of the following famous names is not included in the 'Vogue rap'?

In the 'Vogue rap' Madonna pays homage to a whole host of stars including, amonst others, James Dean, Ginger Rogers, Fred Astaire, and Joe DiMaggio.
5. Finish the line to Madonna's 'Ghetto Fabulous' hit Music: 'Don't think of yesterday, and I don't look at the clock _______ '

The music video for this track featured The Staines Massive's very own Ali G, who played a limosine driver in the video, chaffeuring Madonna and her friends to the hottest nightclubs in town.
6. Which Madonna song was the theme to the 1994 motion picture 'With Honors' (1994)?

'With Honours', starring Brendan Fraser and Joe Pesci, is a tale of friendship between two very unlikely people. Although this film was hardly a box office smash, Madonna's contribution to the film, 'I'll Remember', went on to become a successful song.
7. The 'American Life' album was released in 2003. Which of the following songs is not included on the record?

Madonna's new album was co-writtten and produced by Mirwas, the genius with whom Madonna has now worked on three of her most successful studio albums.
8. This line is from Madonna's 1993 single 'Bad Girl', fill in the missing word: 'I don't want to cause you any ____ but I love you just the same'

This song brought Madonna one of her lowest chart positions in her awesome career when it was released in 1993. The music video for the song co-starred actor Christopher Walken, but even this could not bring her chart sucess at this point in her career.
9. Who sang backing vocals on the 1994 hit 'Take A Bow'?

Babyface sang backing vocals on this sombre track, almost turning it into a duet as he echoes Madonna's lines throughout the song.
10. Which Madonna hit is this line borrowed from: 'When you're trying hard to be your best, could you be a little less'?

'What It Feels Like For A Girl' had a highly controversial promotional video to go with it when it was released in 2001. The video was directed by Madonna's husband Guy Ritchie, and featured Madonna on a mad road rage with an elderly passenger. The video had restricted viewing times on many music channels.
11. Madonna played Eva Peron in the film 'Evita' (1996). Which of the following songs was not included on the film's soundtrack?

Although Madonna has not enjoyed much commerical sucess on the silver screen, this all changed when she took on this part in 'Evita'. The film was perfectly cast, and Madonna won awards for her partcipation in the movie.
12. The 1991 hit 'Justify My Love' was written by Madonna and which other famous singer?

Lenny Kravitz not only co-wrote and helped to produce this track, he can also be heard singing in the background.
13. Which of the following music videos consists of an animation, and does not feature Madonna in person?

This 1989 video features a cartoon Madonna. The light-hearted, upbeat song is from her 'Like A Prayer' album.
14. Which of the following songs featured on the soundtrack to 'Who's That Girl', the 1987 movie starring Madonna?

Madonna performed this song on her 'Who's that Girl' World Tour, much to the delight of the thousands of fans that flocked to the concerts.
15. Finish the line from the song 'Nothing Really Matters': 'Looking at my life, it's very clear to me ___________ '


Answer: I lived so selfishly

This song taken from Madonna's 'Ray of Light' album had a spectacular video featuring Madonna dressed as a geisha girl, when it was released in 1999.
16. From which album is the song 'Fever'?

Originally sung by Peggy Lee, Madonna made a cover version of this song in the early 90's. At the time her career was at a low point after the controversy surrounding the release of her 1992 album 'Erotica.'
17. Which of the following videos won Madonna second place in a chart featuring the best pop videos ever made on VH1 recently?

This video caused outrage in 1989 due to its controversial religious content. At the time Madonna had landed the job of being official spokesperson for the soft drink company Pepsi, but they withdrew their offer after viewing this video.
18. Which of these songs is dedicated to Madonna's daughter Lourdes?

'Little Star' is on Madonna's Grammy winning album 'Ray of Light'.
19. What was the title of Madonna's second Greatest Hits album?

The 'Immaculate Collection' was Madonna's first greatest hits album, and 'GHV2' followed almost a decade later. The album includes songs that Madonna released between the years 1992 - 2001.
20. On which film were the songs 'Now I'm Following You' and 'Sooner or Later' featured?

'Dick Tracy' stars Madonna and Warren Beatty. Madonna performed the above songs on tour in 1990 and brought the film to the stage.
21. Which car does Madonna say she drives in her 2003 single 'American Life'?

Madonna filmed a very expensive video for this song, but it immediately caused outrage - even before it had been aired, as it contained images relating to the current war in Iraq. The video was eventually edited to a more appropriate state.
22. In which music video does Madonna showcase gothic style makeup and clothes?

'Frozen' was a huge success and provided Madonna with yet another hit.
23. With which song about the trials and tribulations of family life did Madonna close her Blond Ambition show?


Answer: Keep It Together

'Keep it Together'is probably the most innocent Madonna track- it is not controversial at all, and simply talks about what it's like to grow up in a large family.
24. In the documentary 'Truth Or Dare', which film star does Madonna famously offend?

In the documentary/film Madonna makes nasty comments about Kevin Costner after he comes to visit her in her dressing room following one of 'The Blond Ambition' Tour shows. These comments caused a rift between the two of them up until recently.
25. What was the name of Madonna's first world tour?


Answer: The Who's That Girl

It was in 1987. When Madonna first went out on the road in the early-mid 1980s on the 'Virgin Tour', but that was in the USA and Canada only; she was already one of the biggest stars in the world.
Source: Author Ringwrong 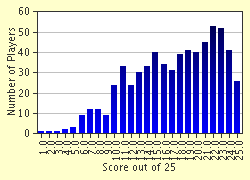 
Other Destinations
Explore Other Quizzes by Ringwrong