An easy quiz on my favourite Monkee.

When Micky was in 'Circus Boy' when he was 10 he worked under the pseudonym Micky Braddock.
2. What was the name of Micky's first wife?

A single by Micky and the One Nighters was released when Micky found fame with the Monkees. The song was 'Huff Puff' and it didn't mention the 'One Nighters' at all.
4. How many children does Micky have with ex-wife Trina Dow?

They have three daughters. Charlotte, Emily and Georgia. Micky also has a daughter, Ami, with first wife Samantha Juste.
5. What was the name of 'The Monkees' tv episode Micky directed?

The episode is also known as 'Mijacogeo'.
Source: Author magnoliasims 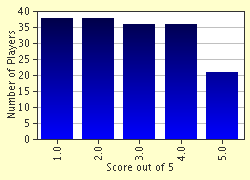 
Other Destinations
Explore Other Quizzes by magnoliasims