Sing-A-Long With The Monkees Trivia Quiz

I give you the line(s), you guess the song title. Some are easy but others may be tricky so be careful !! To make this easier, I'm only using the songs from their first 3 albums. And of course, I hope you find my 'after-the-answer-info' informative.

Quiz Answer Key and Fun Facts
1. 'I've done more now than a clear-thinkin' man would do ...'

'Mary, Mary' - Glen Campbell (a most sought-out session player at the time) played the opening guitar riff.
2. 'We don't have time to get restless, there's always something new ...'


Answer: (Theme From) The Monkees

'(Theme From) The Monkees' - One of the many Tommy Boyce and Bobby Hart compositions used by the Monkees.
3. 'People come and people go, movin' fast and movin' slow ...'


Answer: I'll Spend My Life With You

'I'll Spend My Life With You' - Another Boyce and Hart collaboration that the Monkees cut twice. First, during the 'More of' sessions (unreleased - available on CD reissues and box sets) and later cut for 'Headquarters'.
4. 'If you love a Wednesday, you'll live your life apart now ...'

'Your Auntie Grizelda' - Jack Keller (one of the co-writers of the tune) was inspired by the Stones' '19th Nervous Breakdown'.
6. 'In this generation, in this lovin' time ...'

'For Pete's Sake' - Co-written by Peter Tork, this song was used for the closing credits of the second season (show).
7. 'You know my girl just called me up, and she woke me from my sleep ...'


Answer: Gonna Buy Me A Dog

'Gonna Buy Me A Dog' - Originally, the song was to be recorded straight but Micky and Davy started goofin' with it and the producers kept that version.
8. 'But you won't find my name in your book of Who's Who ...'


Answer: (I'm Not Your) Steppin' Stone

'(I'm Not Your) Steppin' Stone' - This Boyce and Hart song was first recorded by 'Paul Revere and the Raiders', six months before the Monkees' release.
9. 'There was a time when she could really love you, when she was thinking only of you ...'

'Forget That Girl' - Written by Chip Douglas using his real name, Douglas Farthing Hatlelid.
10. 'You can be be there by four thirty, 'cause I made your reservation ...' 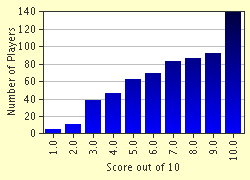 
Other Destinations
Explore Other Quizzes by BeatleAnt