Quiz Answer Key and Fun Facts
1. Of the band members listed, who was credited with writing the lyrics to the most songs?

Even though Waters wrote most of the lyrics to the songs, Gilmour did write many songs as did the rest of the band.
2. Which Pink Floyd album has lasted the longest on the charts?


Answer: Dark Side of the Moon

"Dark Side of the Moon" was one of the most successful and most popular albums in rock history. It's unbelievable that so many people in this generation are still buying this album.
3. Who sued the other band members to put the name of Pink Floyd down to rest for good?

After Waters left the band the remaining band members continued recording and touring sporadically. He didn't want them making money off of the image he had helped build for "Pink Floyd".
4. In which year was "The Wall" released in the UK?

It was another of their best albums that they produced. You can say that some of the songs on this album are like anthems to some teenagers. It only reached the number three spot in the English charts.
5. For which event did the band wholly reunite for, after not appearing together for over 20 years?

They performed "Breathe/Breathe Reprise", "Money", "Wish You Were Here" and "Comfortably Numb" at Live 8.
7. In which arena did Pink Floyd play their last concert with Roger Waters, before their 20 year hiatus without him?

Syd was constantly taking drugs like LSD. His actions were becoming more and more unpredictable so the other members kicked him out.
Source: Author gregchrisb 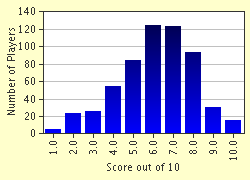 
Other Destinations
Explore Other Quizzes by gregchrisb