I already created a quiz on Westlife, so it's time for some lyrics!

Quiz Answer Key and Fun Facts
1. "I'm never gonna say goodbye 'coz I never wanna see you cry. I swore to you my love would remain." From which Westlife song was this?

"Swear It Again" was Westlife's debut single. It went straight to number one on the UK charts and peaked at number 20 in the US charts.
2. "When I call you at home and he answers the phone, or I get your machine and I don't hear me, when I lie in my bed with the thoughts in my head, when we danced and we sang and we loved all night." Which 2001 Westlife song was this from?

"Bop Bop Baby" was released on November 12 in the UK and peaked at number five on the UK charts.
3. "Eyes like the sunrise, like the rain fall down my soul, and I wonder I wonder why you look at me like that what you thinking, what's behind" From which Westlife song was this?

"Evergreen" was from the album "World Of Our Own" and was a Philippines only release. It failed to chart in the Philippines.
4. "Took my hand, touched my heart, held me close, you were always there, by my side, night and day." Which Westlife song was this from?

"Unbreakable" was on the US version of "World of Our Own" and the worldwide version of "Unbreakable-The Greatest Hits Volume One". It peaked at number one on the UK charts.
5. "Some find it sharing every morning, Some in their solitary lives, You'll find it in the works of others, A simple line can make you laugh or cry" From what 1999 Westlife song was this?

In the US, Westlife is most known for "Flying Without Wings" because it was Westlife's first only US top ten single and it proved succesful for "American Idol" second season winner, Ruben Stuttard. Westlife also did a duet with Korean pop singer BoA, which was put on "Unbreakable-The Greatest Hits Volume One".
6. "Once we had it all for the taking, Love was just me and you, You better think twice, About the plans that you're making, Of splitting one world in two" Which Westlife song is this from?

"No No" was featured on the "Dreams Come True" DVD. The song was from the group's self-titled debut album.
7. "if every day was as good as today was, then I can't wait till ____" what's next?

The other four Westlife members sang "Moments" for ex member Bryan and his ex wife Kerry during their wedding.
8. "You lift me up on the wings of___" Which 1999 Westlife song is this from?

This was included on the special edition of Westlife's debut album.
9. "Picture me all over you, Picture you all over me, baby you're the star of my ___" What's next?

"I Wanna Grow Old With You" was from the group's third album, "World Of Our Own" and was written by Kian, Shane and Brian.
Source: Author hsmwl 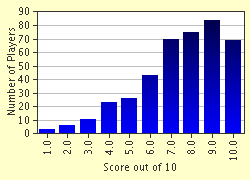 
Other Destinations
Explore Other Quizzes by hsmwl