Only the Greatest! Trivia Quiz

Isaac Newton said, "If I saw further than others, it is because I was standing on the shoulders of giants." This quiz is dedicated to some of those giants who shaped world history by not brute force, but sheer genius. Have fun!

Quiz Answer Key and Fun Facts
1. I was brazen enough to run naked through the streets of Syracuse shouting 'Eureka! Eureka!' Science proved to be my undoing, as I was killed by a Roman soldier whom I ignored, being engrossed in a mathematics problem. Who am I?

What Archimedes of Syracuse had discovered came to be known as the Archimedes Principle. In simple words, this significant principle states that when any body is kept in water, or any other fluid for that matter, then it experiences an upward force called upthrust.

This force which the fluid exerts on the body is equal to the weight of displaced liquid. The discovery, a bolt from the blue, helped him to expose a corrupt goldsmith who had cheated the king.
2. I am the the 'Father of Modern Physics'. The four moons of Jupiter which I discovered are named after me. I supported the heliocentric theory of Copernicus in my book 'Dialogue concerning the two chief World Systems'. The Catholic Church was scandalized and placed me under house arrest. Who am I?

Galileo di Vincenzo Bonaiuti de' Galilei was accused of heresy by the Church and forced to "abjure, curse and detest" his opinions. Stephen Hawking says of him, "Galileo, perhaps more than any other single person, was responsible for the birth of modern science."
Source: en.wikipedia.org/wiki/Galileo_Galilei
3. At the age of twelve, I published a treatise on communication of sounds. At the age of sixteen came another treatise on the conic sections. In 1642, at the age of eighteen, I invented a numerical wheel calculator truly advanced for my time, to help my father, a tax-collector, to count taxes. Who am I?

Blaise Pascal was a child prodigy. Pascal's Law states that "pressure applied to confined liquid is transmitted undiminished through the liquid in all directions, regardless of the area to which pressure is applied." The unit of atmospheric pressure (Pa) is named in his honour. He invented a mercury barometer, syringe and the hydraulic press.
Source: www.answers.com/topic/blaise-pascal
4. My name may still be seen today cut into the wood of a window sill at King's School, Grantham, where I studied grammar and Latin. In 1687, I published 'Philosophiae Naturalis Principia Mathematica', considered the greatest scientific book ever written. I have to my credit the Law of Universal Gravitation and the Laws of Motion. Who am I?

Isaac Newton's birth coincided with the death of Galileo Galilei. It is said that Newton was a rather "idle and inattentive" boy at school. One day, he was kicked by a bigger boy who was senior to him. This made Newton angry and he retaliated and gave a sound beating to the older boy. He also decided to beat him at lessons and started improving in his studies. So perhaps the boy did a service to the world!
Source: www.collegenet.nl/studiemateriaal/verslagen.php?verslag_id
5. I discovered the role oxygen plays in combustion and also demonstrated the Law of Conservation of Mass. In 1789, I published 'An Elementary Treatise on Chemistry', the first modern chemistry book ever. I was guillotined in 1794, during the French Revolution. Who am I?

Antoine Laurent Lavoisier was the 'Father of Modern Chemistry'. When he was guillotined, Lagrange, the French mathematician, rued, 'It took them only an instant to cut off that head, but France may not produce another like it in a century.'
6. I was the most controversial scientist ever. I set sail on the HMS Beagle and obtained vast knowledge on the flora and fauna of many lands. I suggested that human beings have evolved from apes in my book 'On the Origin of Species by Means of Natural Selection'. Who am I?

Charles Robert Darwin taught the principle of 'survival of the fittest'. His theory that primates were the ancestors of man was, understandably, a hard pill to swallow. Darwin was the "father of evolution" as opposed to creationism, and received fierce criticism from all quarters.
7. I came from a poor family, did not learn to talk until I was four years of age and was expelled from school for being weak in studies. Yet I went on to patent a staggering 1093 inventions and became known as the 'Wizard of Menlo Park'. Who am I?

It was Edison's never-say-die spirit that saw him scaling heights of success. Even as a child, Edison would plead with every adult he met to explain to him the workings of just about everything he encountered. If they said they did not know, he would look them straight in the eye and ask 'Why?'. He asked that question throughout his life!
8. I coined the term 'radioactivity'. I was the first woman to get a Nobel Prize, the first person to get two Nobel Prizes, and also the first person to get a Nobel Prize in two different sciences. My daughter Irene and son-in-law Frederic Joliot followed in my footsteps and shared a Nobel Prize in 1935. Who am I?

Marie Curie married Pierre Curie, the professor of physics at Sorbonne, Paris, from where she graduated. They together announced the discovery of two new radioactive elements, polonium and radium. Polonium is named after Poland, the country where Marie Curie was born.
9. I formulated the famous mass-energy equation E=mc^2. My theory on General Relativity is considered the greatest achievement of 20th century physics. I received the Nobel Prize for physics in 1921 for my work on the Photoelectric Effect. Who am I?

Einstein once declared that his second greatest idea after the theory of relativity was to add an egg while cooking soup in order to produce a soft-boiled egg without having an extra pot to wash! In 1952, the Israeli government offered the post of President to him, but he declined.
Source: www.juliantrubin.com/einsteinjokes.html
10. With the help of my friend Roger Penrose, I mathematically proved the Big Bang Theory. I also discovered that black holes emit radiations and are hence not permanent. I suffer from Lou Gehrig's disease, which has left me confined to a wheelchair. Who am I?

One day, Hawking and his Oxford classmates were given a set of difficult physics problems. Two of his friends worked on them all night and managed to answer one and a half by morning. Another man solved one problem all by himself. Hawking did nothing.

The next morning, after breakfast, Hawking retired to his room. When he emerged before the class, three hours later, someone teased," So Hawking, how many problems have you got?" "I've only had time," Hawking replied," to finish the first ten."
Source: Author Shravan1 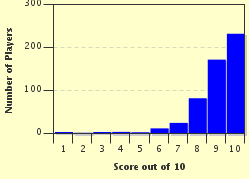 Related Quizzes
1. He Tested It On Himself Average
2. Help Me Fund My Patent Average
3. Down the Ladder: Scientists and Inventors Tough
4. German Grundlichkeit Average
5. Biographies of Chemists Average
6. He Has High Hopes Average
7. Eureka - They Found Them! Average
8. 19th Century Pathologists and Physiologists Tough
9. Playing with Fire Average
10. I Wonder Who Invented That... Tough
11. Ask and Ye Shall Receive Average
12. The Study of Life Average


Other Destinations
Explore Other Quizzes by Shravan1