It's often overlooked that already before the Stuarts there were 'Kings and Queens' of Scotland.This quiz tries to do justice to the Scottish Monarchs before the seventeenth century when they became Kings of Scotland AND England.

Quiz Answer Key and Fun Facts
1. The very first Kings of the Scots were Kings of a territory that included: part of Northern Ireland, the Inner Hebrides and Argyll in Scotland. What was the name of that Kingdom?

Alba is a Gaelic name for Scotland in general and the Highlands in particular. Strathclyde's capital was Dumbarton and the tribes there were Britons. There never was such a name as Pictonia for the Kingdom of the Picts, but anyway the Picts occupied NORTH Scotland and were not on particularly friendly terms with the Kingdom of Dalriada. One could say that originally Scotland was occupied by the Dalriada- Scots of the west, the Picts of the north, the Britons of the southwest and the Angles of the south-east.
2. The first Scottish Kings descended from Erc's son Fergus, a ruler of Dalriada, about AD 500. Some descended from Loarn, Fergus's brother. The most famous of them was Macbeth. What was the name of the king who preceded Macbeth?

Siward was the Earl of Northumbria who was sent by Edward the Confessor to help Duncan's son Malcolm. Macbeth was defeated in the battle of Dunsinan Hill and fled north. He was killed at Lumphanan. Duncan was Macbeth's cousin and descended from the Fergus line. Macbeth descended from a junior line via Fergus' brother Loarn.

It was not unusual however, in that era, for cousins, brothers or uncles to succeed rather than sons.
3. The Dynasty that ruled Scotland from 1058 till 1290, was called the Dunkeld House. The first ruler of the Dunkeld House was Malcolm III, son of Duncan I.(See Macbeth). The last of his line was Margaret the Maid of Norway(1283-1290). After her death the English claimed the right to 'nominate' the Scottish King. Who was the first English King to do so?

Henry VIII defeated the Scots at Flodden(1513) but that was by far not the first English interference in Scottish politics. Edward II lost the battle of Bannockburn (1314). Edward I 's other nickname 'Hammer of the Scots' illustrates what a troublemaker he was for the Scottish part of Britain.

He managed to have his own 'candidate' John Balliol chosen as new King rather than Robert Bruce. Alas for him Balliol, a North-Frenchman from the Bailleul area, soon let his 'protector' down and sided with William Wallace of Braveheart reputation.
4. There are some 'funny nicknames' in the history of the House of Dunkeld. One of those Kings was even called the Saint. Who was he?

By the Treaty of Northampton Edward II gave up his claims on Scotland.
6. In 1296 the Scottish Coronation Stone is believed to have been captured by the English King Edward I as spoils of war and taken to Westminster Abbey.Some however claim it was only a faked version of the so-called Stone of Destiny. Which of these is another name for the Stone?


Answer: the Stone of Scone

Whether the present Stone of Scone is the genuine original stone used by Scottish Kings for their coronation is a matter of dispute. Some say the 'real' stone should be a specially polished and sculptured work of art, not just a slab of ordinary chalk stone, which may have been dug up from an indifferent quarry at Edward III's own orders.
7. The Stuart Dynasty (originally spelled Stewart) that ultimately would solve the whole problem by ruling BOTH Scotland and England, descends from Robert the Bruce's daughter Marjorie who had married somebody of the name Walter the Steward. After Robert II's death in 1390, there was one more Robert (the Third of course) and then there followed FIVE Stuart Kings who all had the same first name. What name was that?

It was the Hanoverians who started a 'Four In A Row'- trick with George I, II, III and IV. James I was a prisoner in the Tower from 1406 till 1424. Author of the famous 'King's Quair' or 'King's Book' (of Poems). James II was nicknamed Fiery Face because of a birthmark.
8. Who murdered the artistic, but homosexually inclined James III (1452-1460-1488), after the latter had been wounded in the Battle of Sauchieburn ?


Answer: a soldier impersonating a priest

Scottish Kings were not the only ones to have male favourites. Edward II of England was disemboweleld with a red-hot iron as a punishment for his affairs with Piers Gaveston, Hugh le Despenser Sr. and Jr., a.o.
9. James IV fought a disastrous battle against Henry VIII's troops. When Henry VIII joined the Holy League against France (which had been organised by Pope Julius II), the Scottish King felt morally obliged by the so-called Auld Alliance to come to France's rescue and crossed the border with England to teach her a lesson. Where was he stopped, defeated and killed?

James IV was born in 1473. He reigned from 11 June 1488 to 9 Sept 1513.
10. The last of the Scottish Stuarts before Mary Queen of Scots, James V was nicknamed the Poor Man's King - which did not mean that he himself was such a very Poor Man. On the contrary. Not only his policy was pro-French and pro- Catholic, but also his successive wives. Which of these French princesses became the mother of his daughter Mary, later Queen of Scots, just one week before he died? 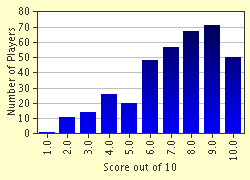