Match the surname to the correct pair.

Jennifer Lawrence has been acting since she was a teenager. She played Katniss Everdeen in "The Hunger Games" films, and she won a Best Actress Academy Award for "Silver Linings Playbook" (2012).
2. Kristen and Martha

Kristen Stewart began her acting career in 1999 with small roles. Her first big role was as Jodie Foster's daughter in "Panic Room" (2002), before turning into Bella Swan in "The Twilight Saga" film series.

Martha Stewart is the original homemaker guru and businesswoman. She founded Martha Stewart Living Omnimedia in 1997, has hosted syndicated TV shows and, in 1994, was found guilty on charges relating to insider trading.
3. Matthew and Luke

No, these are not the apostles!
Matthew Perry was born in Canada and is best known for his role as Chandler Bing on "Friends" (1994-2004). He has been in movies like "Fools Rush In" and "The Whole Nine Yards", as well as several other TV shows.

Doris Roberts (1925-2016) had a TV career which spanned six decades. Doris appeared on "Remington Steele" and "St Elsewhere", but is best known as the manipulative, but loving, Marie Barone on "Everybody Loves Raymond".

Emma Roberts is the daughter of actor Eric Roberts and the niece of Julia Roberts. She is an actress who was in the film "Blow", played Addie Singer on "Unfabulous" (2004-2007) and Chanel in "Scream Queens" (2015).
5. Henry and Kate

Going back in time, Henry Hudson (1570-1611) was a navigator and explorer who was looking for the Northwest Passage to China by way of the Arctic Circle. He was employed by the Dutch East India Company and wound up finding the Hudson River instead.

Kate Hudson is the actress daughter of Goldie Hawn. She was nominated for a Best Supporting Actress Oscar for her role in "Almost Famous" in 2002.
Oliver Hudson is her brother, and also the name of Henry's son.
6. Anna Nicole and Bubba

Charles Aaron 'Bubba' Smith was an American professional football player from 1967 to 1976, and played in two Super Bowls (III and V). After retiring, he became an actor, appearing in the first six "Police Academy" films.
7. Cyrus and Maureen

"Don't fear the reaper" whose inventor was Cyrus McCormick (1809-1884). McCormick invented a mechanical reaper in 1831. He founded McCormick Harvesting Machine Co., which became International Harvester in 1902.

Esther Williams (1921-2013) was a member of the L.A. Athletic Club swim team as a teenager, and set national and regional swimming records. She later became an actress in many swimming related fictional films like "Bathing Beauty" in 1944.

Barry Williams is best known for having portrayed the eldest son, Greg, on "The Brady Bunch" (1969-1974). He has appeared in later "Brady Bunch" TV vehicles, and authored a book called "Growing Up Brady" (1992).
9. Jean and Gene

Gene Simmons was born as Chaim Witz in Israel. He has been the frontman for the band KISS since 1973, and was the star of the TV reality show "Gene Simmons' Family Jewels" from 2006 to 2012.
10. Michael and Diane

Michael Keaton is an American actor who starred in films like "Batman" (1989) and "Beetlejuice" (1988). In 2014 he played Riggan in "Birdman", and was nominated for a Best Actor Academy Award for the role.

Diane Keaton has been acting in films since 1970. Her first major role was as Kay Adams in "The Godfather" in 1972. She won a Best Actress Oscar for Woody Allen's movie "Annie Hall" (1977). 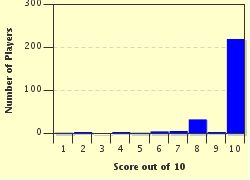