Swinging in the Rain Trivia Quiz

This is just a few questions about famous folk who chose to end it all by hanging themselves. What do you know about these sad souls?

Quiz Answer Key and Fun Facts
1. Which of these men was a British footballer (soccer) who hanged himself in 1998 and is often cited as the first openly gay athlete in the sport?

Justin Fashanu was one of the highest paid soccer players in Britain. In 1998, while in the U.S. Fashanu was accused of sexual assault by a 17 year old boy. Justin fled home to Britain insisting the act was consensual. He hanged himself in a deserted lock-up garage.

His suicide note expressed that he thought the world had already judged him to be guilty and he did not want to embarrass his family. If only he had known the charges had been dropped.
2. Alexander McQueen, famed clothing designer that hanged himself in 2010, was the son of actor Steve McQueen.

There is no relation between the American actor and the British clothing designer. Alexander McQueen was a popular fashion designer whose outfits were worn by fashionistas around the world. Suffering from depression, he hanged himself in his wardrobe a week and a half after the death of his mother. He was only 40 years old.
3. Jonathan Brandis, who hanged himself at the age of 27, is probably best known for his role as Lucas Wolenczak in which futuristic television show?

Jonathan Brandis, like many child stars, had trouble securing roles as an adult. In Steven Spielberg's "seaQuest DSV" (1993-1996) he played young genius Lucas Wolenczak. When the show ended he went on to direct several low budget, independent films and authored a couple of screenplays. Despondent that he had been unable to secure a lead role in a major motion picture, Brandis hanged himself.

He did not die until the next day.
4. Known for his baritone voice, Ian Curtis was the lead singer for which of the following British punk rock bands?

Ian Curtis, lead singer and guitarist for the band Joy Division was well-known for his beautiful baritone-bass voice. Ian was epileptic and in failing health. Playing on stage in front of flashing lights occasionally led to petit-mal seizures. In 1980, a break-up with his wife, a hectic schedule, and uncontrolled epilepsy may have led him to hang himself in his kitchen at the age of 23.
5. In which sport did powerful Chris Benoit, a popular Canadian athlete, participate in professionally?

Chris Benoit was one of the most popular professional wrestlers in North America at the time of his death in 2007. Sadly, Benoit killed both his wife and his seven year old son before hanging himself from a weight machine. In this case, an autopsy showed major brain damage from years of having his head banged, slammed and punched.

He was believed to be suffering from something similar to "Pugilists Dementia".
6. In which country was American actor David Carradine found hanging in the closet of his motel?

While filming a movie in Bangkok, Thailand, American actor David Carradine was found hanging in the closet of the motel. It is not thought that he committed suicide, and that his death was an accident that occurred while he participated in auto-erotic asphyxiation. Sadly, the Internet was used to send photos of the scene around the world.
7. Prince Alfred of Edinburgh, a member of the British Royal family, hanged himself in Kensington Gardens in 1990.

The royal cloak of secrecy prevents the whole truth from being known. He died in a sanatorium in Austria from a self-inflicted gunshot wound when he was 24.
8. An account of which man's suicide by hanging appears in Matthew 27:3-10 of the Bible?

This passage of the Bible relays that Judas returned the silver he was paid to the local priests. It goes on to say that Judas hangs himself but does not go into detail. The silver he returned was then used to buy the first potter's field where he was subsequently buried. There are many variants of the story of the death of Judas.
9. Which early British rock group, originally called the Iveys', broke up after the hanging death of one of the members?

The British Band Badfinger had half a dozen hits and played with many of the big groups of the times including The Beatles. In 1975 after suffering many business problems, most of which dealt with a corrupt business manager, lead singer Pete Ham hanged himself in his garage.

The subsequent hanging death of band member Tom Evans in 1983, gave rise to rumors that the band was cursed from the start.
10. Before he hanged himself, Roman Lyashenko was a Russian athlete who played which professional American sport?

For reasons that are unknown, Roman Lyashenko hanged himself while on vacation in Turkey with his mother and his sister. Drafted 52nd overall in the 1997 National Ice Hockey League draft, Lyashenko went on to play for both the Dallas Stars and the New York Rangers.
Source: Author dcpddc478 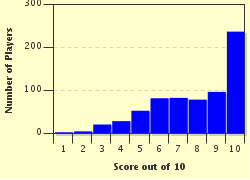 Related Quizzes
1. They Were Murdered Average
2. Missing Average
3. Such a Life, Such a Death Average
4. Unusual Deaths Average
5. Is This Any Way to Run an Airline? Average
6. How Did They Die? Tough
7. Famous Lives, (In) Famous Deaths Tough
8. On Christmas Day in the Mo(u)rning Average
9. Strange Ways To Die Tough
10. And So, That's Why You Never... Difficult
11. Not Quite Dead Yet... Difficult
12. It Happens to Us All in the End Average