We were all famous during our lifetimes and we all died rather oddly. Who are we, and how did we die?

Quiz Answer Key and Fun Facts
1. Infamous for my raunchy lifestyle and passion for excess, I, Catherine the Great of Russia, was also a feared leader, successfully planning several campaigns of war. I am rumoured to have had literally hundreds of lovers during my lifetime. How did I die?


Answer: On the toilet, of what was probably either a stroke or a heart attack

While Catherine's libidinous prowess and proclivities remain legendary, the inclusion of a horse in any of her forays cannot be confirmed. However, while it does remain immensely popular as a cause of death, the poor woman in fact died much like Elvis.
2. I betrayed a friend with a kiss, but when I saw what I'd done I hanged myself. Who am I?

Judas sold his friend and master, Jesus Christ, to the Romans for thirty pieces of silver.
3. Before my historical novel was even completed, I had sold the film rights. I was knocked down by a car in Atlanta and died of my injuries. Who am I?

Margaret Mitchell, a journalist, had suffered near-poverty for five years in order to complete her epic 'Gone With the Wind'. She sold the film rights to the legendary David O. Selznick but, owing to American tax laws at the time, most of it was snapped up by the government. She died relatively impecunious.
4. I am a sixteenth-century scientist and inventor, but was better known for my politics and literary endeavours. One day, while I was out collecting snow to test the possibility of using it for freezing (and thus preserving) meat, I caught a cold. This developed into pneumonia, of which I ultimately died. Who am I?

While Bacon is credited with having written certain of Shakespeare's plays and sonnets, he was also well ahead of his time as a scientist. One in the eye for Mr Birdseye.
5. In spite of being a notorious serial killer, I was tried in a state that does not support the death penalty and so received a sentence of 957 years in prison. Unfortunately for me, this proved a death sentence nonetheless, as I was beaten to death by a fellow inmate brandishing a broom handle. Who am I?

Dahmer had been sentenced to fifteen life sentences. Oddly enough, Gein, the basis for Hitchcock's (or rather Robert Bloch's) 'Psycho' and Thomas Harris's Hannibal Lecter cannot be considered a serial killer at all. It has only ever been shown that he killed two people - all other body parts found at his home were the fruits of robbed graves.

He served no jail time, being judged mentally incompetent to stand trial, but lived out his days in a mental institution.
6. As a Carthaginian general I excelled, but later I committed suicide. Who am I?

After defeating the Romans by attacking on mounted elephants (Carthage, contrary to popular assumption, is in North Africa), Hannibal, facing defeat himself, drank poison.
7. After ignoring Harold MacMillan's 'Winds of Change' advice, I struck one of the deadliest blows to liberation and decolonisation in the country of which I was Prime Minister. I also withdrew the country from the Commonwealth. That same year I was shot and wounded by David Pratt, a Dutch farmer. I survived, but in 1966 I was stabbed by Dmitri Tsafendas, a parliamentary messenger, in the houses of Parliament. Of these wounds I finally died. Who am I?

Hendrik Frensch Verwoerd, first minister for Native Affairs and then Prime Minister of South Africa in the 1950s and 60s, is credited with the dubious distinctions of having created the 'homelands' and withdrawing South Africa from the Commonwealth. The creation of homelands meant that blacks no longer had the right to live in 'white' urban areas, had to carry passbooks at all times and leave their families for months at a time to earn a living. Tsafendas, the man who assassinated Verwoerd, was judged mentally incompetent and lived out his days in an institution.

He died in 1999. Whether or not his motivations for killing Verwoerd were political, personal or just confused was never discovered, but he nonetheless has become something of a folk hero.
8. Mark David Chapman pumped six bullets into me outside the Dakota building in New York. My widow later sold the shirt I died in at auction. Who am I?

Beloved and hairy Beatle John died on 8 December, 1980. To her dubious credit, the dreaded Yoko did fire a crew member on the set of the documentary 'Imagine', perhaps unfairly, owing to his name: Mark Chapman (no relation). The Dakota building, which has been the site of some unusual factual and fictional goings-on over the decades, stood in for the Bramford in Roman Polanski's 'Rosemary's Baby', perhaps the most faithful filmic adaptation of any literary work ever.
9. I am Alexander the Great. According to the poet, when I stood on my hilltop and beheld my dominion, I wept, for there were no worlds left to conquer. How did I die?


Answer: No one is sure

No-one is sure how Alexander the Great died. The most popular theories are that either he was poisoned or he contracted malaria. Some scholars suggest that typhoid fever may have killed him. Whatever it was, his symptoms were typically vague: chills, fever, weakness and stomach cramps - all of which would support any of the numerous theories. According to my favourite version, during his invasion of Baghdad (evidently the poet was wrong), Alexander climbed a ladder to attack the city walls.

He fought valiantly, his bodyguards were cut down all around him; until finally he stood alone.

A poisoned arrow lodged itself in his foot and, although he fought the ensuing infection for several weeks, it finally did him in.
10. After fighting tirelessly to liberate my country from monarchic rule, I was expelled from my own party ten years after I helped bring it to power. I was then banished in 1929. I wound up murdered in Mexico with an ice-pick embedded in my head. Who am I?

Trotsky, one of the leaders of the 1917 Bolshevik Revolution in Russia which caused that country's withdrawal from the First World War and brought the Communist Party to power, was expelled from the Party in 1927 for his opposition to the authoritarian policies of Stalin and for his advocacy of World Communism.

It is widely believed that his assassination whilst in exile was the result of murder-for-hire by Stalin or his supporters.
Source: Author alkmene 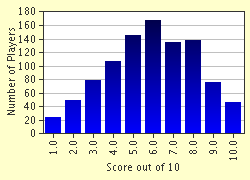 Related Quizzes
1. Strange Ways To Die Tough
2. Life is Short, Death is Long Easier
3. What in the World? Average
4. The Rest Of My Body, Please! Difficult
5. Revenge Of The Pets Tough
6. A Fitting End? Very Difficult
7. I Should have Stayed in Bed! Average
8. A Sleep with the Fishes Average
9. And So, That's Why You Never... Difficult
10. Executed! Average
11. Heroic Lives, Dramatic Exits Tough
12. Sparkling Cyanide Average


Other Destinations
Explore Other Quizzes by alkmene