They Created Food For the Soul Quiz

Many people consider art to be food for the soul. Here are ten artists who created art in different forms and at different times. One photo of a piece of their work will be added as a hint, but will probably not be their most famous work. Let's go feast!

Quiz Answer Key and Fun Facts
1. What is the name of the French sculptor whose most famous work is entitled "Liberty Enlightening the World"?

"Liberty Enlightening the World" is the proper name for the statue known around the world as "The Statue of Liberty". It is rumored that Bartholdi used his mother's image for the face of the statue. Bartholdi came from an upper-class French family and attended college at the Lycee Louis-le-Grand in Paris.

He went on to study architecture, painting, and sculpture. His works can be found all over Europe and in North America. Compared to many influential artists, Bartholdi was mentally and physically healthy and financially secure.

He lived a normal life for the period and was well respected.
2. Which one of these artists, who lived a mountain man lifestyle, became famous as one of the first photographers to take this new technology and turn it into an art form?

Ansel Adams (1902-1984) took beautiful photographs of the unspoiled areas of the western U.S. He extensively hiked the woods and using black and white film, took photographs in all weathers. He was a sickly child, and a bit of a hypochondriac until he took up his career as an outdoor photographer. Until this time, most photos were taken as personal or family portraits. Using the camera to capture the beauty of nature was a new idea.

His lifestyle of living close to nature brought him inner peace and improved his health. If you doubt that photography can be art, you might be interested to know that in 2010, Sotheby's sold one of his original photographs for $722,500.

This piece of art was entitled "Clearing Winter Storm, Yosemite National Park". The photograph shown is a simple picture of leaves in Glacier National Park in 1942.
3. Which famous American artist and illustrator, known for his work on the magazines "Boys Life" and "Saturday Evening Post" was refused entrance into the U.S. Navy for being too skinny?

Norman Rockwell was a unique artist who managed to capture the hearts of millions of Americans with his pictures of middle-class life. He was the art director for "Boys Life" at the age of 19 and his first picture to grace the "Saturday Evening Post" was published when he was just 22. Rockwell was finally accepted into the Navy after spending months gorging in an attempt to gain weight.

When the Navy realized who he was, they allowed him to continue his magazine covers, even while he was enlisted.

The picture used in this question was one of a set of four which he did during WWII, and was entitled "Freedom of Speech". The other three in the set were "Freedom from Fear", "Freedom from Want", and Freedom of Worship,. Norman Rockwell was an icon of patriotism.
4. Which of these artists, although very famous, left fewer than 30 paintings for posterity?

Da Vinci was a very unusual and gifted man. While he is one of the most famous painters of all time, he left less than 30 paintings. He did leave hundreds of drawings and sketches, as well as pages and pages of writings many that he illustrated with his inventions. Da Vinci was also a vegetarian and was known to buy caged birds and set them free. Da Vinci was an artistic genius as well a musician, mathematician, inventor, anatomist, sculptor, and writer.

He is thought to have had one of the finest minds in history.

Although he had many influential friends, he is not known ever to have married and went to great lengths to keep his private life to himself. The painting shown is "Ginevra de' Benci" which he painted between 1474-1478. It is an oil on wood painting, just like the "Mona Lisa". Hanging in the National Gallery of Art in Washington, D.C., it is the only painting by da Vinci that is on permanent display in America.
5. Which of the following artists was known for his works of art that were made primarily of gemstones and valuable metals?

Peter Carl Faberge (1846-1920) was a Russian goldsmith and jeweler who was world famous for unique works of art. Probably the most famous of his creations was his intricate Easter Eggs, which are each worth a small fortune. He was also known for his small objects of art, such as cigarette cases, fancy tableware, sugar and creamer sets, a some jewelry.

The object in this picture is a stamp, used to stamp its owners mark into hot wax that was being used as a sealant. Faberge was famous for not duplicating his designs, and everything that he made was one of a kind.

His work is found in castles, museums, and private collections around the world.
6. Which one of these artists was known for rarely bathing and living in complete squalor in spite of the wealth and fame he earned during his lifetime?

Michelangelo (1478-1564) was a very eccentric genius. Genuinely gifted as a painter, sculptor, poet, and engineer, Michelangelo was recognized as the genius that he was during his lifetime. It is mentioned many times that he had an aversion to bathing, and would not change his clothes until they literally fell off.

He also ate and drank only to stay alive, not because he derived any enjoyment from it. Some of his greatest works include the ceiling of the Sistine Chapel, his statue of "David" and his "Pieta" which draw millions of visitors every year. Michelangelo lived to be 88, which at the time was extremely old.

The painting depicted is one of his very early ones and is entitled "The Torment of Saint Anthony" and was painted between 1487-1488).

It hangs in the Kimball Art Museum in Fort Worth, Texas.
7. Which eccentric 20th century artist believed he was the reincarnation of his deceased brother?

Salvador Dali produced over 1,500 paintings in his lifetime. In every one of these pieces of art there is also a portrait or silhouette of Dali. He was one of the most important artists in the surrealist movement and many credit him with single-handedly keeping the movement alive.

Besides believing he was the reincarnation of his dead brother, Dali was known for keeping a pet ocelot as well as keeping the pens of anyone who asked him for his signature. He was a very colorful figure who thrived on attention. Depicted in the image is Dali's sculpture known simply as "Menorah at the Ben Gurion Airport".
8. The artwork of John James Audubon is very well known, what did he use to create his work?

The 435 different birds species painted by Audubon were done in watercolor. Born on the Caribbean island of Santo Domingo, Audubon was an ornithologist as well as a painter. He made it his life's work to paint every bird in America. His artwork was innovative in that he worked extensively to make the birds appear as if they were in motion.

While you may love his artwork, realize that every bird he painted was dead. He shot them himself and wired them into a position of movement before he started painting them.
9. Which 19th century sculptor made creations so realistic that he was accused by many of sacrificing a real human inside the casts of his work?

Auguste Rodin (1840-1917) was the preeminent French sculpture of his time. Some of his most famous works include "The Thinker" (1902) and "The Kiss" (1889). The sculpture in this photo, was an earlier work, "The Age of Bronze" created in 1877. It was much more provocative, and many believed that a real man was inside the sculpture, because it was so realistic.

His insistence on realism brought him a lot of criticism early in his career. His work was a celebration of the beauty of the human form as opposed to being thematic, or simply decorative.

As a young artist he was shy and somewhat unsure of himself, and accusations that this work was not a sculpture, but a bronze covered man bothered him. Later in life, when his other works proved that he was a very gifted sculptor, he came out of his shell and was known to be very sociable.
10. What is the name of the artistic Danish architect who designed the remarkable and unique Sydney Opera House?

Jorn Utzon was not well known until 1957 when he won the international contest to design a new Sydney Opera House. His design was the one chosen from the 233 other designs submitted. This iconic building was started in 1959 and completed in 1973. In 2007 it was declared a World Heritage Site making Utzon only the second person to have one of his buildings given this honor while he, the architect, was still alive. Utzon attended the Royal Danish Academy of Fine Arts, where he was known among his peers for his unusual designs.

He designed many other beautiful building including the Bagsvaerd Church near Copenhagen and The National Assembly Building in Kuwait. Possibly the most unusual aspect of all of this is that due to personality and financial problems, Utzon left Australia before the building was completely finished and NEVER saw his greatest work with his own eyes.
Source: Author dcpddc478 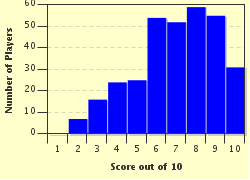