Here are questions about ten different art figures. They come from different countries and different eras. Each question contains an example of their work.

Quiz Answer Key and Fun Facts
1. Which of the following artists, nicknamed "Cash", made his name drawing cartoons and dogs in human situations?

C.M. Coolidge started making money from his artistic skills as a very young man by drawing "lightning sketches". These were caricatures done of the sitter in a very short period of time. He studied math, bookkeeping, and law while in college. He created the first newspaper in his hometown, as well as opening the first bank.

He also wrote an opera entitled "King Gallinipper". He received no formal art training but his artwork is still popular a century later even if people are not familiar with his name.

His images of anthropomorphic dogs engaged in human daily activities are still very popular but most people have not seen all 16 of these pieces of art. Much of his artwork is signed with his nickname of "Cash" or "Kash". "His Station and Four Aces" (1903)
2. H.R. Giger was a Swiss painter, sculptor and costume designer, and artist who created the monster in which 1979 Ridley Scott sci-fi horror film?

The works of H.R. Giger might best be described as a macabre mixture of biomechanical gothic. This expert was skilled in many areas of art. He is responsible for many music album covers, many unique guitars, building facades, video games, and interior decoration.

A private man, he bought a Swiss chateau in 1998 which provided him with the seclusion he desired. Upon his death, from a fall, the chateau was turned into the H.R. Giger Museum. This image of an airbrushed motorcycle helmet is an example of his work.
3. Which artist, known for his works of gigantic proportions, also made this statue of General Philip Sheridan?

Artist Gutzon Borglum (1867-1941) is best known for his monumental carving known as "Mount Rushmore". He was a multi-talented artist who was able to turn a slab of rock of any size into a work of art. He sculpted many religious works found in the Cathedral of Saint John the Divine in New York City.

Many people are unaware that he was also a portrait painter. It is thought that his work on this sculpture is what won the support of then President Theodore Roosevelt. He included the president in his masterpiece at Mount Rushmore.

He was a shy, introverted man who in his old age became irascible and resented any criticism of his work.
4. Which of the following Dutch painters is credited as being the creator of the art movement known "Neoplasticism" around 1917?

Dutch painter Piet Mondrian (1872-1944) used many different styles in his painting. He was the son of a well-respected family and trained to be a teacher. The painting depicted here is one of his earlier works. Later in his career he started painting in a style he coined Neoplasticism which was an offshoot of the De Stijl art movement.

This style of painting could best be described as a white background on which a grid of black lines were painted. He would add blocks of the three primary colors. He furnished his home using apple crates in a cubist manner.

He was a life-long bachelor who lived a life-style of ever-changing relationships. The other three options are famous Dutch painters from the 14th and 15th centuries. "Dead Hare" 1891
5. American artist Mabel Dwight (1875-1955) was considered one of the foremost experts in which of the following art forms?

Mabel Dwight was one of the most famous lithographers of her time. Most of her work was done in black and white and portrays humans engaging in natural activities of daily life. The image here is an example of her lithography skills and is done on stone instead of cloth or paper.

She often attempted to inject a quiet form of humor in her images. She did not start practising her art until later in life. Many people were unaware that she was deaf which provided her with a visual perspective unavailable to the average hearing person.

She was a world traveler who had a profound love for the American southwest. Her work was extremely important in exposing the general public to a new art-form.
6. "The Luncheon on the Grass" (1863) is one of the most famous pieces by which of the following masters of impressionism?

Edouard Manet (1832-1883) was a French painter whose work depicted every scenes of people and city life. He was a leading artist in the transition from realism to impressionism. His favorite topics were street people, singers, gypsies and beggars. Manet was born into wealth and was a disappointment to his family when he chose to take up art instead of law. Upon the death of his father, he married his piano teacher, who had at one time been the mistress of his brother.

He often painted female characters nude which caused raised eyebrows in Victorian England. Manet was a prolific artist who was a true master in the field of impressionism.
7. One of the most influential artists in the 20th century, which of these women is often recognized as "The Mother of American Modernism"?

For over seven decades Georgia O'Keeffe (1887-1986) was a major figure in American art. Her primary subjects were landscapes, flowers, and surprisingly, bones. Much of her art is open to differing interpretation, as she meant it to be. Her later paintings depict a southwestern flavor which was a reflection of the area in which she lived her adult life.

She of painted the majestic landscapes found in the area including the dried bones and exotic vegetation found in the area. Even after ill health had robbed her of her vision and her energy she attempted to paint.

A somewhat reclusive woman, nature was her best friend, as was the light, shadow, and colors to be found in this world. Some of her paintings are very direct, while others, such as the one depicted, are more modern in style. "Blue and Green Music" (1919)
8. French artist Marcel Duchamp is one of the foremost experts in the style known as 'rococo'.

The art of Marcel Duchamp usually falls into the categories of Dadaism, surrealism, and/or cubism. Much of his later art embraced Dadaism and rejected reason and logic. The diplay in this photo is entitled "Fountain" (1917) and is just what you think it is (a urinal).

He abandoned art in 1923 to become an expert chess player for the rest of his life. He occasionally worked on short films and became a magazine editor for the art periodical "View". He was one of the most influential artists of the 20th century, and while he used a variety of different styles....none of it was 'rococo'.
9. Most of Norman Rockwell's illustrations would best be described as examples of cubism.

Norman Rockwell designed the covers for a variety of magazines for over 30 years. He also designed posters for the American government of such characters as "Rosie the Riveter". His idealistic designs were definitely not examples of cubism. He was originally denied entry into the Army during WWII because he only weighed 140 (64kg) and was 6 ft. (1.8m) tall.

He gorged on bananas and donuts until he met minimal weight. Despite what his illustrations depicted, he suffered from depression most of his adult life and was embarrassed to be the center of attention.

This prolific artist created over 4,000 works of art, and brought a smile to millions around the world with his depictions of humanity at its finest.
10. If I someone describes you as "Rubenesque", what are they saying about you?


Answer: You are plump

The term "Rubenesque" is reference to the women in the paintings by Flemish painter Peter Paul Rubens (1577-1640). It describes a woman who is full-bodied and attractively plump as opposed the ultra-thin body type that is often depicted in magazines today.

His paintings are done in a Baroque style with emphasis on curves, shading, and sexuality. Rubens was an educated man who was knighted by both the Philip VI, the king of Spain, and Charles I, the king of England. His multi-linguistic skills enabled him to be a effective diplomat and ensured that he always had wealthy backers.

He did paintings for practically every royal house in Europe at the time. The elaborateness and detail of his paintings allows the viewer to look at his paintings for long periods of time.He was a prolific artist and most of his work was either about religion, mythology or formal portraiture.

His paintings are a true reflection of his personality.
Source: Author dcpddc478 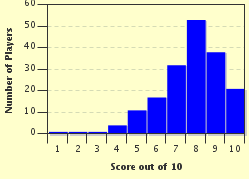