See if you can tell what kind of work these Bible characters engaged in, when they weren't doing things specifically for God.

Quiz Answer Key and Fun Facts
1. What sort of work did the prophet Amos do for a living?


Answer: he was a herdsman

Amos oversaw herds of sheep and goats. He may also have likely supplemented his meager income by selling wild figs or "sycamore figs". He was not a prophet in the traditional sense; not having undergone training or having been taught as a prophet, but he nonetheless proved to be accurate in his portrayal of the future fate of enslavement awaiting Israel at the hands of the Babylonians.

Amos 1:1 says, "The words of Amos, who was among the herdmen of Tekoa, which he saw concerning Israel in the days of Uzziah king of Judah, and in the days of Jeroboam the son of Joash king of Israel, two years before the earthquake."

Amos 7:14 says, "Then answered Amos, and said to Amaziah, I was no prophet, neither was I a prophet's son; but I was an herdman, and a gatherer of sycamore fruit:"
2. Andrew and his brother were fishermen. When Andrew first met Jesus, he went and got his brother to come meet him too. What was Andrew's brother's name?

Simon Peter and his brother, Andrew, were both uneducated men who simply fished for a living. By the time that Jesus was through with them, their education, while not of a formal nature, was at least formidable!

In Mark 1:16-17 Jesus came into the region of Galilee and encountered some of his first disciples.
"Now as he walked by the sea of Galilee, he saw Simon and Andrew his brother casting a net into the sea: for they were fishers. And Jesus said unto them, Come ye after me, and I will make you to become fishers of men."

The brothers James and John, also uneducated men, made their mark on folks, too.

In the 3rd chapter of Acts, we see where a lame man was healed by Peter and John, and the religious and civil counsel took them into custody for questioning. In the 13th and 14th verses of chapter 4, we read: "Now when they saw the boldness of Peter and John, and perceived that they were unlearned and ignorant men, they marvelled; and they took knowledge of them, that they had been with Jesus. And beholding the man which was healed standing with them, they could say nothing against it."
3. Daniel made it big in the Babylonian kingdom of Nebuchadnezzar; and later during the rule of his son, Belshazzar, as well as even later in the kingdom of Darius the Mede. How did he become such an important figure, third in command to the king himself?

Daniel was able to interpret the dreams of Nebuchadnezzar, when all the king's advisors and magicians failed to do so. Later, after the Babylonian kingdom was split in two, Cyrus of Persia took control over his portion and Darius the Mede oversaw the other part. Daniel served him as an interpreter of dreams and visions as well.

Daniel 2:1 says, "And in the second year of the reign of Nebuchadnezzar Nebuchadnezzar dreamed dreams, wherewith his spirit was troubled, and his sleep brake from him."

According to Daniel 2:10, "The Chaldeans answered before the king, and said, There is not a man upon the earth that can shew the king's matter: therefore there is no king, lord, nor ruler, that asked such things at any magician, or astrologer, or Chaldean."

Then from Daniel 2:12, we see "For this cause the king was angry and very furious, and commanded to destroy all the wise men of Babylon."

Daniel 2:19 concludes, "Then was the secret revealed unto Daniel in a night vision. Then Daniel blessed the God of heaven."
4. Abraham had a great success in his field. What types of work did he engage in?

Abraham was a herdsman and a trader of goods, services and animals. All those who passed through the fields of Mamre had to deal with him, trading animals, goods and such, until Abraham became quite wealthy.

The King James shows us the rift that developed between Abraham and his nephew Lot this way in Genesis 13:1-9:

"And Abram went up out of Egypt, he, and his wife, and all that he had, and Lot with him, into the south.

And Abram was very rich in cattle, in silver, and in gold. And he went on his journeys from the south even to Bethel, unto the place where his tent had been at the beginning, between Bethel and Hai; Unto the place of the altar, which he had made there at the first: and there Abram called on the name of the LORD.

And Lot also, which went with Abram, had flocks, and herds, and tents. And the land was not able to bear them, that they might dwell together: for their substance was great, so that they could not dwell together. And there was a strife between the herdmen of Abram's cattle and the herdmen of Lot's cattle: and the Canaanite and the Perizzite dwelled then in the land.

And Abram said unto Lot, Let there be no strife, I pray thee, between me and thee, and between my herdmen and thy herdmen; for we be brethren. Is not the whole land before thee? separate thyself, I pray thee, from me: if thou wilt take the left hand, then I will go to the right; or if thou depart to the right hand, then I will go to the left."
5. What type of work was Matthew engaged in prior to his becoming a disciple of Jesus?


Answer: collecting taxes from the Jews for Rome's coffers

Matthew was a despised tax collector for the Roman government. Not only did he take money for Rome's coffers, he probably, like many other tax collectors, was allowed a certain percentage for himself. Enriching oneself at the expense of others while providing no real services or goods tends to cause resentment, and in this regard, Matthew was no exception.

He later followed Christ and abandoned his role as money man.

Matthew 9:9 in the King James Version says this, "And as Jesus passed forth from thence, he saw a man, named Matthew, sitting at the receipt of custom: and he saith unto him, Follow me. And he arose, and followed him."
6. The king's trusted cup bearer: not a very glamorous title, now is it? Oh, but you see, it was the responsibility of the cup bearer to ensure that the king wasn't poisoned, by sipping of the wine prior to serving it to the king. If the cup bearer fell ill or died, then the king would not drink of it. Which Biblical character was the official cup bearer of King Artaxerxes of Persia?

Nehemiah not only served as the king's cup bearer, he also served in the capacity of governor of Jerusalem, later. It was through his patient guidance that efforts to improve the conditions of the war-ravaged city took effect.

Nehemiah 1:11 says, "O Lord, I beseech thee, let now thine ear be attentive to the prayer of thy servant, and to the prayer of thy servants, who desire to fear thy name: and prosper, I pray thee, thy servant this day, and grant him mercy in the sight of this man. For I was the king's cupbearer."
7. Noah built an ark, saved a bunch of animals, along with his family, and in the processes, pleased God. What did he do after his departure from the ark, after he made a sacrifice to God?


Answer: he planted a vineyard

According to Genesis 9:20 - "And Noah began to be an husbandman, and he planted a vineyard:"

Wine, as seen in many places in the Bible, represents joy. In this case, the joy of survival would be understandable and reason enough to rejoice in the goodness of God's mercies.
8. Many folks know that Luke was a physician. What two books of the Bible did he also author?

Both the gospel of Luke and the book of the Acts of the Apostles were written as letters to a man named Theophilus, who may have been a Greek residing in the city of Jerusalem. Each of the books was addressed to him in its beginning verses, in an effort to explain the life and times of Jesus Christ and the timeframe immediately following His earthly ministry.

(It is common for folks to remember the Roman military influence over the area now known as Palestine, during the time of Christ, but equally common for them to disregard the Greek CULTURAL influence over the same region.)
9. Adam had a job assigned to him by God. What was he tasked with, before he named his mate Eve, or any of the animals, according to Genesis 2:15?


Answer: he was a gardener

"And the LORD God took the man, and put him into the garden of Eden to dress it and to keep it."

Man was created to be a worker. He was NOT intended to have to work hard, however. Part of man's curse after he sinned was that he would have to work "by the sweat of his brow" and since there were no weeds, thistles or thorns prior to the earth also being cursed for man's sake, he would likely have had to do a little pruning and general caretaking, eating of the fruit and such that the garden produced.

All this is mere supposition on my part, but the book of Genesis does imply that something like this "light" work would have been in God's plan originally.
10. A woman found in the book of Acts named Lydia was a seller of purple. Now, scratch your head and tell me - How did she sell a COLOR?


Answer: it was a dye

Acts 16:14 says:
"And a certain woman named Lydia, a seller of purple, of the city of Thyatira, which worshipped God, heard us: whose heart the Lord opened, that she attended unto the things which were spoken of Paul. And when she was baptized, and her household, she besought us, saying, If ye have judged me to be faithful to the Lord, come into my house, and abide there. And she constrained us."

Lydia sold very costly clothing dyed purple. Only the very wealthy or royalty could even afford such. What made it prohibitively expensive was the method whereby it was obtained. A shellfish that lived in the Mediterranean Sea region had to be crushed in order to produce the dye that was used. Millions of them. It was a painstaking process that had to be done slowly, by hand, and many people were involved in this process, catching them, crushing them and saving the dye; then others were involved in the actual selling of it.

Labor-intensive work it was, and as it passed through many hands on its way to becoming a fabric dye, it became more and more expensive for the eventual purchaser.
Source: Author logcrawler 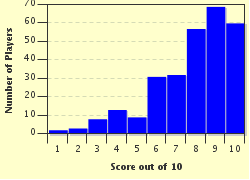