This quiz will test your knowledge of aspects of organic chemistry, including alkanes and alkenes, aromatic chemistry, functional groups and general synthesis.

Quiz Answer Key and Fun Facts
1. What is the general formula for an alkane?

Alkanes are known as 'saturated' hydrocarbons. The word 'hydrocarbon' is derived from the two elements that make up alkanes - hydrogen and carbon. Alkanes are known as saturated because they contain only carbon-carbon and carbon-hydrogen single bonds and thus contain the maximum number of hydrogens per carbon.
2. What is the general formula for an alkene?

Alkenes are known as 'unsaturated' hydrocarbons and contain a carbon-carbon double bond.
3. The chemical formula for benzene is:

Benzene was discovered in 1825 by Michael Faraday. Benzene and its simpler derivatives were first described as 'aromatic' compounds because they all have distinctive odours.
4. The benzene ring is stable due to:

A conjugated molecule, like benzene, contains alternating single and double (or triple) bonds.
5. The most common reaction of benzene and its derivatives is:

Aromatic compounds undergo substitution rather than addition in order to retain the stable conjugated system, which would be broken if addition took place.
6. In the laboratory, which two classes of compound may be reacted together without any other activating reagents to prepare an amide?

Amides can't be made from amines and carboxylic acids in the laboratory because they will undergo an acid-base reaction to give a carboxylate anion and an ammonium salt.
7. What is the general name of a reaction used to make alkenes?

Alkenes are commonly made by reacting an alkyl chloride or an alcohol with a base, resulting in the formation of an alkene by the elimination of hydrogen chloride or water respectively.
8. The general formula for an ester is:

The aldol reaction is used to make beta-hydroxy carbonyl compounds. These compounds may then be converted to alpha,beta-unsaturated carbonyl compounds, which are very useful intermediates in organic synthesis.
10. A molecule containing the unit R-O-R (where R is any carbon chain) is known as:

Ethers have the general formula R-O-R. Diethyl ether (where R = -CH2CH3) was used as an anaesthetic.
Source: Author NatalieW 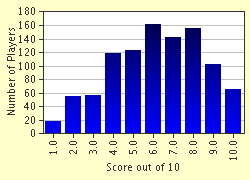